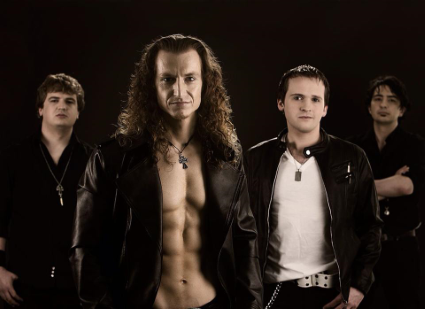 What do you call it when a load of session musicians get together?Corvus call it “Chasing Miracles”.

Corvus came into existence as the result of a completely unexpected scenario that saw the members working as session musicians  on another project. Happily they stayed in touch and because of John’s wish to join an original band Corvus was formed after a brief stint with Welsh Aor’sters Serpentine.

The result is “Chasing Miracles” a superb slice of melodic rock. Recorded at Arkham Studio’s under the guiding hand of Alex Cooper (Hanging Dolls) who has also worked with Ginger (Wildhearts), Spike (Quireboys) and Shy to name but a few. Alex also lends his not inconsiderable skills on the drums to the album.

The album is out on 1st June