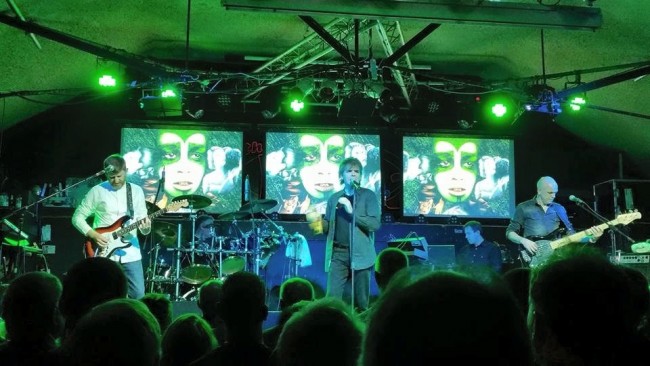 Garry tests his IQ at The Robin

Last time I saw the Bilston Robin this busy was when Steve Rothery from Marillion was in town which is testament to the loyal following IQ have…..the band rolled into town on the back of the critically acclaimed ‘The Road Of Bones’ album which seemed to feature in the top three of just about everyone’s ‘albums of 2014’ list…..and quite rightly so.

The setlist was a wonderful mix of the new tracks such as ‘From The Outside In”, ‘The Road Of Bones’, ‘Constellations’ and  ‘Ocean’ which fit beautifully alongside classics such as ‘Frequency’, ‘Without Walls’ and ‘Guiding Light’…..but what really grabs you by the scruff of the neck is the magnificent musicianship throughout the band…..this alone would be well worth the admission fee…..and then…..you have Pete Nicholls!!!!

IQ have a very special frontman in Nicholls…..he draws you into each song with his passionate, theatrical delivery and then hits you right between the eyes with the kind of performance not seen in the Prog world since the days of Gabriel era Genesis or early Marillion….it makes you wonder just how big IQ could have been if they had received decent record company backing all those years ago.

The final track of the night was the wonderful ‘Widows Peak’….a fine end to a powerful and brilliantly constructed evening….the audience trooped out with smiles on their faces, and the murmur amongst the punters as they ventured out into the night was a constantly repeated ‘I can’t wait until they play here again’…..the latest album ‘The Road of Bones’ has no doubt pulled in many new fans….and these new fans I guarantee will be dragging a few mates along with them to the next show.