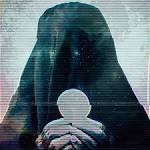 Death metal gets an Inverted cross-shaped kick in the guts courtesy of our Italian friends.

Originally formed in 2007 as Cyanide Christ these Italian death metal merchants have been blazing a trail of destruction in their homeland for nearly a decade. Their debut album, 2011’s Point of Crossing gained them a cult fanbase and provided a sledgehammer-like hint as to the potential of the band. A potential that is closer than ever to being released on album numero due.

“Abiura” is first out of the blocks and it’s a furiously anthemic beginner which comes across like Sepultura colliding with Slayer in the late 1980’s. The riffs are hammered home in a brutal fashion leaving no room for subtlety or indifference.

“Across The Snow To Nowhere” takes a similar approach with is bullet-fast metronomic drumming forcing the sound out of the ground and skywards like lava out of a volcano. “Caves” decreases speed but increases the velocity as the track sways and swaggers towards a death metal pit of desolation.

By now the identity and DNA of the band has been well revealed. Put simply it’s challenging, ferocious, ethereal and immersive. On no track is this more evident than the magnificent “Vexilla Prodeunt Regis Inferni”. Tremolo attacks and relentlessly bruising rhythms are the order of the day alongside classic Black Metal-style vocals that add an atmosphere as cold as the soul from which is came.

Whilst the power and chilling intensity of the music may take precedent it’s easy to forget the technical ability within the band. That ability shows itself time and time again on tracks such as “E.R. Weapons”, “Towards The Summit Of No Return” and the album closer “Clear Sky”. All of which showcase the band’s strength in composition and performance.

The only track I’ve not mentioned of this eight-track opus is “Tunguska”. This is perhaps the most straight-forward of the eight but it is by no means simple as it’s progressive hooks and titanic thunder impale the listener with a spike laced with the blood of the genre’s forefathers.

The Age of Harvest is upon us and the reapers are here. Inverted are thy name.

For more details on Inverted go to: