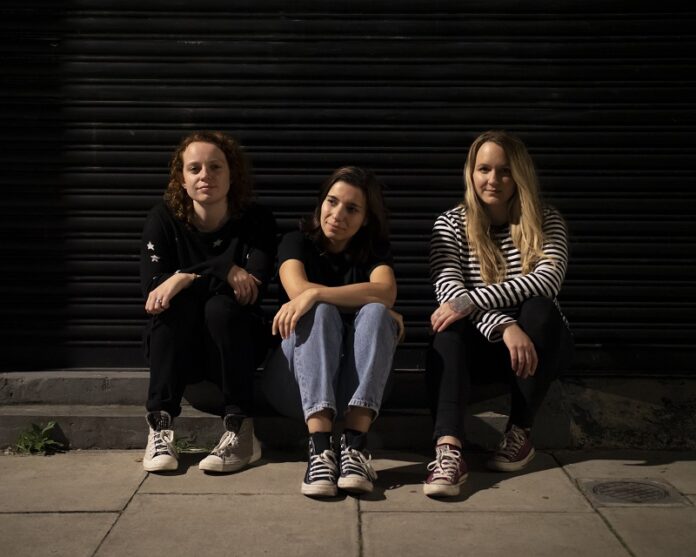 Taken from their debut album ‘How We Function‘ (out now via Xtra Mile Recordings), the new release comes ahead of a UK headline run in March 2023, plus a run of Winter shows with Skinny Lister this December.

Steeped in BERRIES’ trademark craggy, contagious rhythms and earworm choral hooks, it’s another fine example of the band’s melodic noise-driven rock in full flight. A track about concealing our innermost struggles and the escalating repercussions it can cause, vocalist Holly explains:

“”Spiral” is about how easily we share insignificant details about ourselves but struggle to open up about serious matters through fear of seeming weak or vulnerable. And how what we do share with people is often for the satisfaction and approval of others and not for ourselves.”

Blending distinctive melodies with inner-battles we’ve all faced, “Spiral” is a quintessential BERRIES cut plucked from the band’s new album ‘How We Function‘ (out now, via Xtra Mile Recordings); an album ostensibly about mental health struggles and how we can overcome them.

With praise for the punchy debut already piling in, Louder Than War awarded ‘How We Function’ four out of five stars and dubbed the record “a really well put together debut album that rocks hard and gets its message across succinctly, with a bristling beat and an intelligence that it takes some bands a few albums to achieve”. Elsewhere the record has gained glowing reviews from the likes of Record Collector, The List and The Crack, with the latter saying: “their jagged tunes have those all-important hooks — certainly enough to keep that fevered mosh-pit a-jumping.”

Including each of the band’s earlier singles, from the infectious and angsty “Haze“, to the catchy, convulsing melodies and noise-driven instrumentals on “We Are Machines” and the layered noise-rock of “Wall of Noise“, the album explores the band’s musical and emotional DNA — revealing what it takes to not only overcome personal problems, but to set yourselves on a path to being truly independent in sound, ambition, heart and mind. “We really couldn’t have put more into it,” adds Holly, “we are so proud of the end result.”

Following a recent run of shows across Europe with The Subways and with Jim Bob in the UK, BERRIES are showing no signs of slowing down and will be heading out on an extensive UK tour supporting Skinny Lister this December. The band will also have their own headline run next Spring; a five-date tour with stops in Nottingham, Leeds, Manchester, Bristol, and London in March 2023. Full dates and details below.