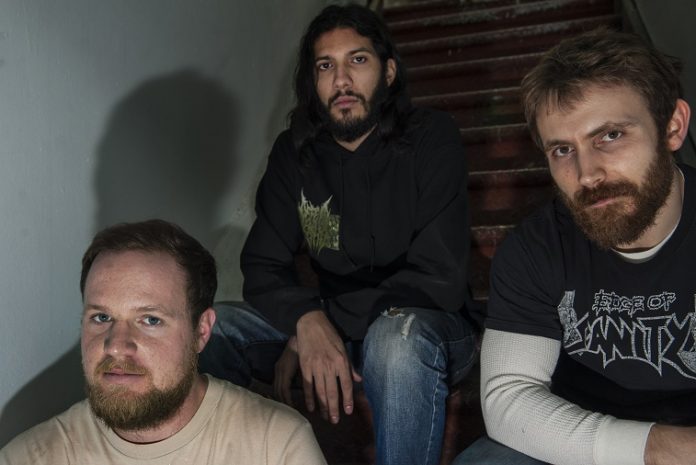 SEPUTUS is a long-running extreme metal collaboration between instrumentalist Steve Schwegler and vocalist Doug Moore, both currently of New York experimental metal act PYRRHON. MAN DOES NOT GIVE, their first officially-released LP, is a terrifying plunge into the depths of dissonant ’90s-era American death metal, tempered by black metal melancholia and braced by elements of grind, thrash, and industrial noise. As carefully textured as it is ferociously direct, MAN DOES NOT GIVE offers a unique and vivid reflection of the ugliness and sorrow that pervade modern life.

After years of gestation, MAN DOES NOT GIVE is set for an October 21 release on CD and vinyl via Canada’s PRC Music.

Preorders for the physical versions of the album are available here:
https://prcmusic.bandcamp.com/album/seputus-two-great-pale-zeroes-single

It is available for digital preorder via the band here:
https://seputus.bandcamp.com/album/man-does-not-give

Founded in 2005, SEPUTUS produced a number of “lost” / unreleased recordings before slipping into inactivity circa 2009. Inspired by his experiences in the military, Schwegler revived SEPUTUS in 2013, composing and recording the bulk of a new album himself before leaving the service. The band added bassist Erik Malave (also of Pyrrhon) to the lineup in early 2015. SEPUTUS completed the resultant official debut LP, MAN DOES NOT GIVE, later that year. The album was mixed by Schwegler and mastered by Alan Douches; Caroline Harrison created the cover art and layout.

MAN DOES NOT GIVE track listing: