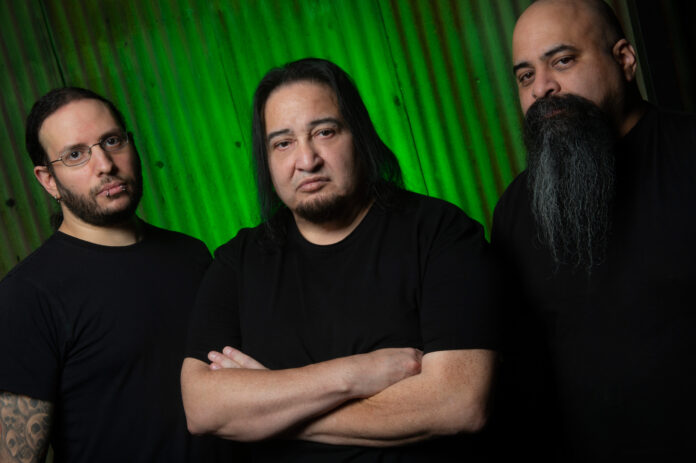 Fear Factory records are cinematic in scope; sonic landscapes, echoing the dystopian post-apocalyptic futures found in classic sci-fi literature and films, from Ray Bradbury to Blade Runner. Aggression Continuum, the tenth studio album, is the culmination of three decades of unforgettable songs, performances, and forward-thinking storytelling concepts, while simultaneously rebooting Fear Factory onto a brilliant and excitingly unpredictable new path. Like the liquid metal T-1000 in the Terminator franchise or the Academy-Award-winning reboot of Mad Max, Aggression Continuum is a turning point where what “was” transforms into what will be. It’s Fear Factory‘s own Fury Road.