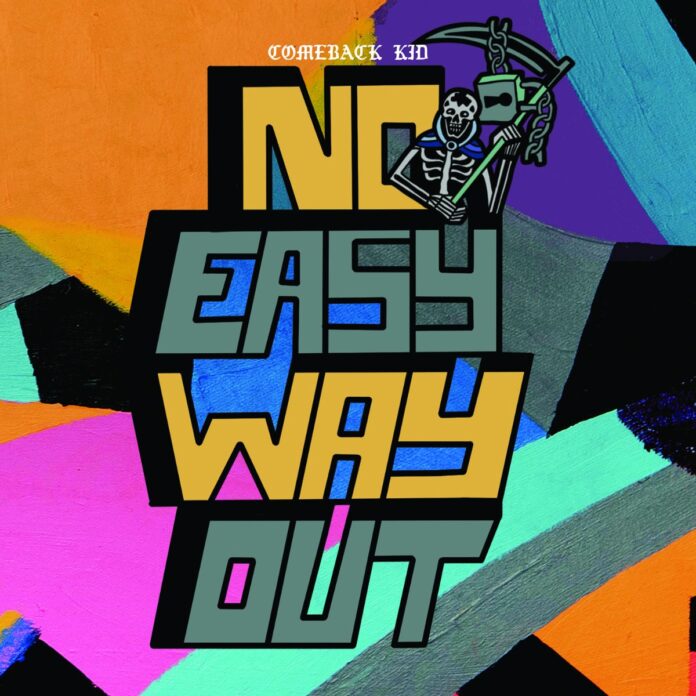 One of the biggest names in modern hardcore, Comeback Kid have released the fast paced, riff-heavy banger No Easy Way Out. The track, which was recorded in Winnipeg, MB at Private Ear Recording studio, is the first new original music to be heard from the influential hardcore/punk outfit since their 2017 release Outsider. Listen to No Easy Way Out HERE.

“This was an attempt to conjure up an edge of your seat rhythm that stays the course, but builds intensity the whole way through until the end,” said lead vocalist Andrew Neufeld. “The feeling of looking over your shoulder and running for dear life. This is a stomper hardcore tune with a pummeling pace. When you’re pushed in a corner, there’s no easy way out!”

Accompanying the single is an age-restricted music video conceptualised and directed by Kevin Keegan. Amplifying the track’s feeling of needing to escape, but also running into the realisation that that may be harder than what it seems, the video for No Easy Way Out is a captivating comedic mini-thriller that sees the band being chased by a psycho kidnapper in a forest in Western Canada.

Follow this link to view the video for No Easy Way Out: https://youtu.be/ztSHR3rw-C0