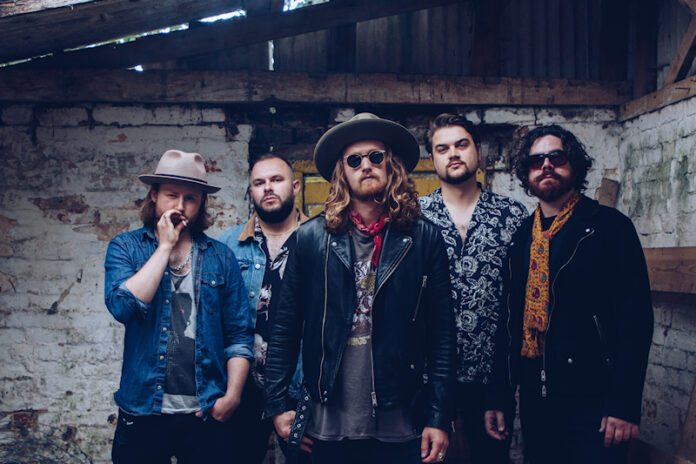 London’s classic, vintage rock powerhouse, The Karma Effect are delighted to release the first video from their forthcoming debut album.

‘Steal Your Heart’ was released on Thurs 16 December 2021 across all digital platforms and is the first song to be taken from the quintet’s self-titled debut album, to be released via TMR Rock Records on Fri 18 March 2022, the single has already reached #2 in Amazon Rock Charts and #6 in Amazon (all genre) Charts and the band are now delighted to issue the VIDEO

Formed at the start of the Covid pandemic buy a bunch of long-time school hood friends and musical acquaintances, The Karma Effect, are a 21st Century take on a classic 70s rock, roll n soul sound; big on keys, guitar riffs and huge vocal melody, all combining into a grandiose sonic soundscape that draws upon the best of yesteryear. ‘Steal Your Heart’ epitomises this philosophy. It’s a no-nonsense throwback, encapsulating the energy of good time, arena, rock n roll, brought bang up to date.

The lyrical theme is the age old one of unrequited love, of a relationship that’s destined for that love cul-de-sac but a path that simply cannot be ignored, with every attempt made to ‘Steal Your Heart’.

The album, The Karma Effect, features 8 scintillating songs, written in solitary bedrooms and over zoom calls as the world tackled (and continues to tackle) a desperate viral pandemic. Songs that have only recently seen the light of day via a handful of live UK shows.
Main man, Henry Gottelier, said, “Obviously, we didn’t know it was a pandemic at the time we discussed forming a band together but I had a few songs that I was planning for a solo release and as lockdown continued in one form or another, the solo project morphed into a band and those few songs became an album’s worth.

“We released a few early singles and these attracted the interest of TMR Management, and they signed us without even seeing us play live – because the whole situation meant we had no gigs! But they bought into what we are trying to achieve, and you just need to adapt to whatever the world throws at you. You get out, what you put in… The Karma Effect.

“Now we have a new variant, threatening to scupper things again but you just have to do what you have to do. We’re a band, we make music and if we can find a way to get that heard, then that’s what we will do. We, as a band have, quite literally, not known anything else.

“We believe we have a great sound and write a decent tune or two and if that can brighten somebody’s life or even just their day, then we have done a good job!”