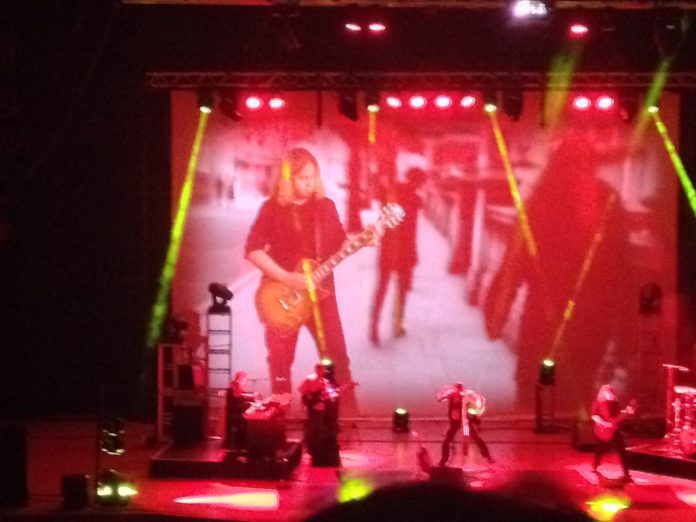 The very phrase probably would have sent MVM running for the hills a few years ago. The idea of a “rock opera” would have been unthinkable a decade back. Bloody hell, even now, writing this, it still conjures up dreadful long repressed memories of musicals watched as a kid and – worse still – family holidays filled with Queen’s Greatest Hits Volume One (and isn’t it staggering that they managed to milk a volume two out of their godawful output?) being the only tape allowed in the car.

The point is, though, that times change and so do tastes. And when its Jethro Tull The Rock Opera, then ok, we’ll give it a go.

To understand this, it’s best to know that the real Jethro Tull was a 17th century agricultural pioneer and for this, the mastermind behind the band of the same name, Ian Anderson has decided to move Jethro (the man) into the present day. So things begin with apocalyptic news broadcasts of food shortages and climate change. Then, amid a “live broadcast” of riots in London because rationing has been brought in its go time.

Because this is not a conventional gig. In any way, shape, or form. Rather it’s a dazzling and at times bewildering assault on the senses including films, spoken word bits, a killer light show and some stunningly brilliant pomposity – and that’s just part one.

Part one (which you suppose should be called Act One given this is all highbrow and cultural and that) luckily includes some magnificent new versions of magnificent songs. “Aqualung” is a song that you couldn’t get wrong however you play it, and the guitar solo in “Farm On The Freeway” is worth the admission price alone.

Things are augmented throughout by a clutch of new tracks, written specifically with this in mind. Oddly, they aren’t all sung live, but rather by the “virtual” Jethro and Susannah Tull on the big screen. Good songs these – the early “Fruits Of Frankenfield” is particularly impressive – and the production is brilliantly clever, but it isn’t visceral. But then, the counter argument would run that isn’t supposed to be.

Act two is very similar, a smattering of re-worked Tull classics – “A New Day Yesterday” and a phenomenal “Living In The Past” real highlights here – some new songs, “Stick, Twist, Bust” adds to the Anderson canon in the best way, and a kind of loose thread hanging them all together. Here Tull junior is a scientist, estranged from his dying father, while the set-ending “Locomotive Breath” sees everything back to normal on The Strand, so it seems crisis has been averted. The story, it should be said, rather lost this reviewer before the close.

There’s an encore of a gorgeous new track, “Requiem And Fugue” and the players run on for introductions and that’s largely that. Despite everything else surrounding the evening, this is unmistakably an Ian Anderson gig. He’s still a frontman of considerable skill and he’s got a brilliant band around him.

He – and they – are unique, because no one else would play air guitar with a flute while hopping about. And no one else would have attempted this. You certainly wouldn’t want every gig to be like it. You are pretty glad that this one was.