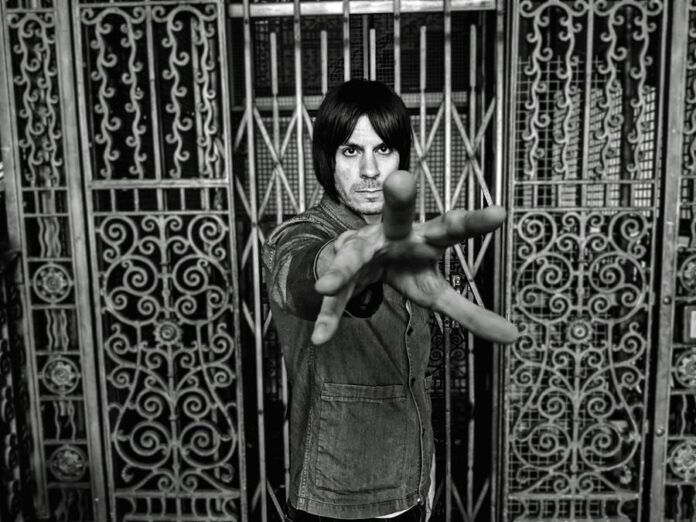 Humanist announced itself onto the global stage in 2020 with the critically acclaimed self-titled collaborative album that spawned the singles “Shock Collar” featuring Dave Gahan (Depeche Mode), “Ring Of Truth” featuring Carl Hancock Rux, and “English Ghosts”, featuring The Membranes’ John Robb. Having after their recent support slot with Black Grape, “When The Lights Go Out” arrives ahead of the Humanist’s much-anticipated debut headline UK tour, which begins later this month.

RIDE’s Mark Gardener comments on the song: “When The Lights Go Out, lyrically, is loosely my ruminating on circular life patterns of behaviour that we can create for ourselves. Contrasting that feeling and rush of euphoria and moments of togetherness with moments of feeling lost in isolation, trying to work your own shit out! Definitely lots of that going on after doing the vocals for this track and then finding ourselves isolated in the darkness of the pandemic and lockdowns.

It was an honour to be asked to sing on the Humanist album, with such a great cast of artists that I’m also a fan of. Rob’s music really pushed everybody in lots of interesting directions and created a great fusion which really made this album so interesting and varied. It’s great to react and write and sing to great music like this.”

The album is available digitally and on vinyl here.