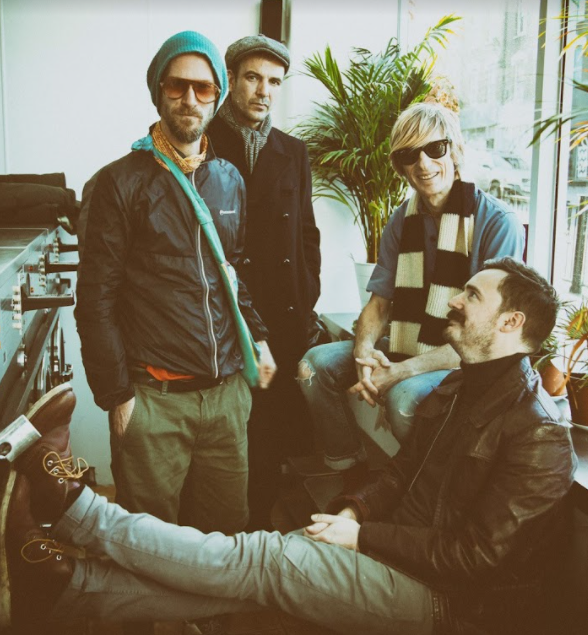 Little Orchard Festival takes place in the beautiful Cornish countryside at Healeys Cyder Farm in Penhallow (Truro) from 9 – 11 September.  It’s a great way to end the festival season with music from some of the UK’s best Brit Pop Bands headlining the bill.

This year the Little Orchard Cider and Music Festival will see 90’s indie favourites Feeder and Kula Shaker take to the main stage for this charming Cornish party with Silent Disco, Barn Dancing, Traditional Country Games, BBC Introducing Stage, Zen Den, camping and glamping, plus a huge range of delicious ciders for the grown-ups to enjoy from across the UK.

The line-up also includes lots of local acts and emerging indie / alternative bands with the 1970’s chart topping cider farmers band The Wurzels on the main stage and some late-night shenanigans with some very funky Grannies to complete that South West festive, Summer experience!

Feeder are a Welsh rock band formed 1994, They released their first EP Two Colours in 1995, and have since enjoyed a string of hit songs including High, Buck Rogers, Tumble and Fall, Feeling A Moment and Just The Way I’m Feeling. Feeder’s biggest-selling album was 2002’s Comfort In Sound. Three of their albums have gone Platinum, with 9 in the top 10 album charts and Pushing The Senses in 2005 only just shy of being Number 1 They’ve also won numerous Kerrang awards and were inducted into the Hall of Fame in 2019.

Since their debut album K, which shot to number 1 in 1996,  Retro pop/ rock band Kula Shaker return to the festival circuit three decades later sounding free of battle
weariness and PTSD. Behind them lies a by now epic tale of their own outlandish struggles and phases. From their roots in the early 90s psychedelic circuit; the band
mind-meld with a 9th century Indian mystic King who’s name they (more or less ) adopted; the balloon-in-a-gale flight to stardom with singles Tattva, Hey Dude
and Govinda  ascending the charts and first album K selling in pop truckloads. The band’s trip has wound through gonzo success, media sensationalism, and
music industry hubris. Praise be for Kula Shaker returning with their new album 1st Congregational Church of Eternal Love and Free Hugs to do battle in the post-retro rock landscape with such an assured display of vehemence and songcraft, bringing their fiery collection of sonic epistles to Little Orchard and shooting searing love beams into the night sky over Cornwall this September.

Hailing from Somerset, The Wurzels became household names in the 70’s with their number 1 hit I’ve Got A Brand New Combine Harvester and number 3  hit I am a Cider Drinker. Still as popular today as ever on the festival and South West live music scene, where their coined phrase “ooh Arr’  Is still joyously used by Cider Drinkers everywhere! Never a more appropriate band to complete the main stage line up at a Cider Festival!  Line up also includes;  The Celtic Social Club, The Native, Land Of The Giants and Imperial Leisure.

Healeys mix apples and imagination to make delicious food and drink. Deep in the heart of the Cornish countryside, they’re a family-run farm that’s been lovingly making award-winning cyders, wines, spirits, juices, preserves, and sauces for nearly 40 years. Whether it’s getting to the core of great flavour or thinking outside the box, they know what it takes to make apples special and they love welcoming visitors to the farm to discover the Healeys charm themselves.