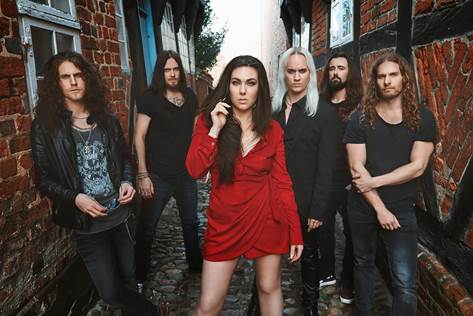 Amaranthe have today dropped new single, ‘Inferno’ with an accompanying music video. The track is available as an instant download upon the pre-order of their electrifying fifth album HELIX – due out October 19 through Spinefarm Records. Pre-order your copy here: https://SpinefarmRecords.lnk.to/helix

Four albums into their career, Amaranthe have racked up north of 118 million YouTube views and half-a-billion song streams, have landed at #1 on the Billboard Heatseekers Chart three times, and possess a panoply of gold and platinum discs for albums and singles alike.

In support of the new album, Helix, Amaranthe will embark on a European Tour with Powerwolf in October / November. The London show will take place at Koko, Camden, London, on November 12th 2018, whilst additional UK appearances have been added for January 2019.