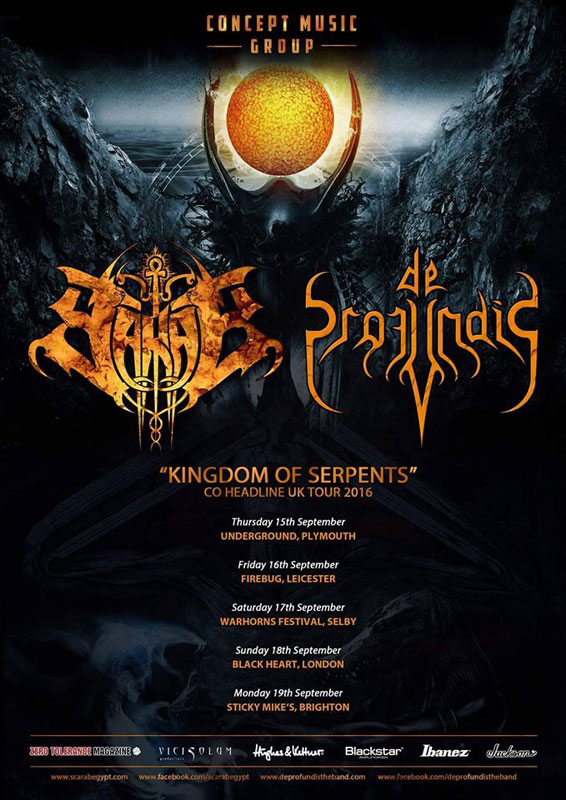 De Profundis are about to hit the road again, co-headlining a UK tour with Egyptian death metallers Scarab. Arranged by Concept Music Group and named the Kingdom Of Serpents tour, the five date,Zero Tolerance Magazine sponsored trek will see the two metal behemoths descending upon Plymouth, Leicester, London, Brighton and Selby – to take part in the Warhorns Festival.

These shows will conclude the touring in support of the critically acclaimed Kingdom Of The Blind album. The press reaction to the album was stunning, with Zero Tolerance Magazine branding it simply “immense”. The album is available now, directly from their label, Wicker Man Recordings…