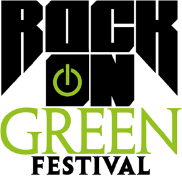 ….Just on a different day

Due to unforeseen circumstances Divergent Concerts have had to reschedule Rock On The Green, their brand new one-day London metal festival at the O2 Forum Kentish Town to June 5th. All original tickets for this juicy bill of established names and rising stars from the realms of symphonic, power and gothic tinged metal, dated 4th June, remain valid.

Tarja Turunen is one of the most striking, and instantly recognisable vocalists in metal.  Rising to fame as the stunning, classically trained voice of symphonic metallers Nightwish, whom she fronted for 9 years, Tarja launched her hugely successful solo career in 2006.  An artist of incredible range, her solo catalogue includes both classical and symphonic rock releases, which have been awarded gold and platinum in multiple countries. Her adoring British fanbase can expect to hear her showcasing cuts from her forthcoming, as-yet-untitled fourth solo album for the first time when she comes to Rock On Green in June. Tarja comments, “I am super happy to start my new heavy/rock album tour in UK!! I miss the Brits.  Can’t wait to rock with you soon!”

A video for her brand new single, ‘No Bitter End’ can be viewed at:- https://www.youtube.com/watch?v=anvl_md88vI&feature=em-subs_digest

Check out www.tarjaturunen.com for more info.

Amaranthe are a genre-transcending, forward looking, and daringly innovative sextet from Gothenberg, noted for their three lead singers, who mix clean vocals with death growls, and melodic death metal elements with big hooks. Their third album, ‘Massive Addictive’ instantly charted in six countries on release in 2014, even reaching number one on the US Billboard heatseekers charts. The tremendous reception to the album led to an extensive world tour, including several coast-to-coast tours of the USA, a tour all round Europe and Japan, let alone numerous one-off shows. They’re currently working on a follow up, to be released at some point in 2016. Check out http://amaranthe.se for more info.

Special Guest act Serenity’s much acclaimed fifth studio album, ‘Codex Atlanticus’, released by Napalm Records in late January 2016, is a deeply melodic offering, featuring monumental, movie-score-ish orchestral arrangements, all cascading with massive rhythms and fluid guitar riffs and licks. ‘Codex Atlanticus’ was awarded 10/10 by Powerplay Magazine’s Adrian Hextal, who stated “Another album and another opportunity for Serenity to deliver a spellbinding story that seamlessly blends fact and fiction about historical events and people. This time, Leonardo Da Vinci is the focus of the album and the tracks are peppered with concepts about conspiracies, the illuminati and myths. The arrangements form the soundtrack to an epic movie straight out of the Hans Zimmerman book of composing…The melodies are lush, the vocals are crisp and Georg has an excellent vocal range that suits the material perfectly. The orchestral elements of the tracks add depth without overshadowing the band, ensuring the guitars sound clean with enough grit to remind everyone that whilst this is indeed epic, at its heart it’s a metal album, lest we forget. Highlights include ‘My Final Chapter’, where the band take it all down several notches and the softer approach, with pipes added to the mix, drips with emotion. The heartfelt solo midway through bursts through the speakers and knocks you backwards before the strings and keys blend back in, allowing a pure fists-to-chest vocal moment from Georg. Closing on a piano outro, the song deserves multiple repeat plays.” Check out www.serenity-band.com for more info.

Multifaceted six-piece Octanic, who have been compared with the likes of Children of Bodom, Dark Tranquillity, In Flames and Soilwork, fuse diverse elements of hard rock, melodic death and modern metal with classical undertones, to create their own unique, distinctive musical concoction. The band’s debut album, ‘The Mask Of Hypocrisy’, released in October 2015 on Into Records, is an addictive blend of majestic keyboards, bone-crunching rhythms and soaring lead solos, coupled with passionate vocals and compelling lyrics. Recorded at Adelaide’s Deep Blue Studios and mixed by Roy Z (Bruce Dickinson, Halford, Judas Priest) at Mountain View Studio, Los Angeles, ‘The Mask Of Hypocrisy’ garnered an 8/10 review in Powerplay last November from Matt Karpe, who stated that “Octanic aren’t just a one trick pony, as they are accomplished in playing heavy metal, melodic death and progressive, all the while adding classic undertones, whether it be via piano or choral backing… The Mask of Hypocrisy is an excellent debut release”. Check out www.octanic.com for more info.

Parisian alt. rockers Republic Of Rock ‘n’ Roll burst on to the scene three years ago, touting a sound which combines colossal riffs, majestic melodies and anthemic choruses, in a style that fans of QOTSA, Foo Fighters and Led Zeppelin will adore.  A sold out French tour, a mythical show at Le Bataclan, and some sensational appearances in Belgium, Canada, the USA and even Russia have seen ‘RRR’ build a reputation as a mesmerizing live act, while rapidly growing their fanbase throughout Europe and beyond.  After releasing debut album ‘Golden Place’ to acclaim in 2014, they scored a viral hit with the tongue-in-cheek video for single ‘Hipsters Must Die’, which racked up more than 20,000 views in less than a week online.  Darkly humourous, and crammed with tasty hooks and heavy grooves, it showcases a band who are serious fun.

Check out www.facebook.com/republicrocknroll for more info.

Drawing from classic 80s Metallica, and attracting comparisons to contemporary metalcore masters like Bullet For My Valentine, Sheffield trio Immension released their debut album ‘In Vain’ last year.   Packed with complex riffs and rhythms, as well as some surprising piano-led moments, ‘In Vain’ announced the arrival of a technically accomplished young act, boasting an impressive musical range. Check out www.immension.co.uk for more info.

Tickets are on sale now priced at £35 for downstairs standing, and £40 for upstairs unreserved seating/standing; the link is:- www.ticketweb.co.uk/event/gdp0406?camefrom=AMG_FORUM_rogf&brand=o2for