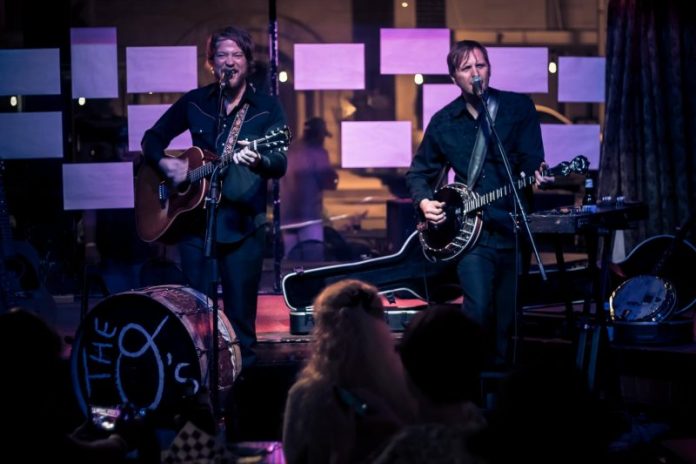 Maintaining a 150 gig a year touring schedule since their inception in 2008 has paid dividends for The O’s, with Honeycomb demonstrating a further leap, sonically and lyrically, for the Texan duo.

“We used more delay on the banjo, tried to sing more together and really worked to push the songs more than we had before,” says Pedigo. “It’s only natural, we think. There’s something for everybody. We started out playing rock ‘n’ roll, but at the root of it we’re songwriters trying to tell stories.”

Briefly augmenting their usual two-man set up, The O’s are joined on ‘Woken Up’ by good friend Justin Currie, having supported Del Amitri on a major UK tour in 2014.

The O’s are a unique entity in the world of roots and Texas country – “Just because there’s a banjo and an acoustic doesn’t mean we have to sit on stools all glum; we’re standing up there trying to kick some ass!”