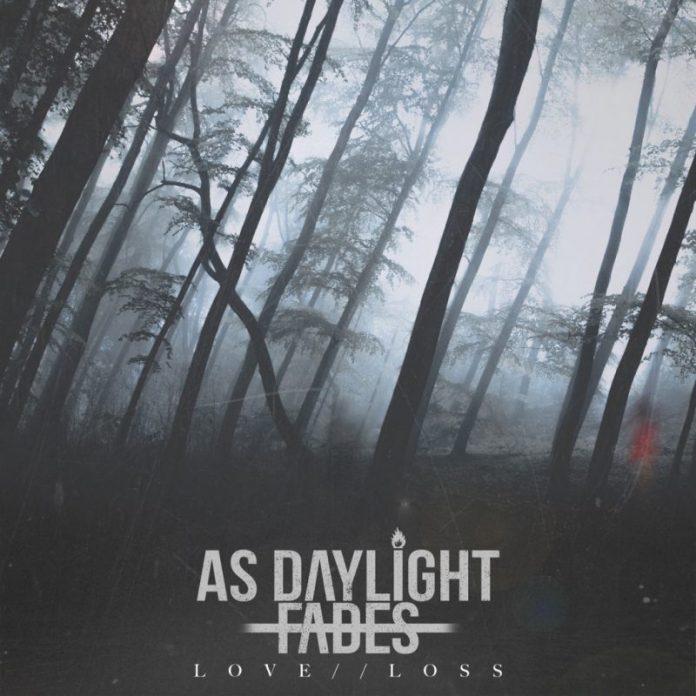 Glasgow metallers talk you through the sleeve

Hailing from Glasgow, As Daylight Fades’ bluntly titled Love // Loss, is as bleak a musical proposition as such a thematic suggests. Boasting four metalcore tracks audibly soaked through with frustration, thundering riffs and breakdowns provide a furious backdrop for Clarke’s desperate vocal tirades: “The lyrics cover the idea of facing the world alone, and the challenges you’ll face whilst doing so,” relays the singer, “Everything comes to an end.” As they gear up to release their EP at the end of the month, here they discuss the creation of it’s artwork…

“The Love//Loss EP cover was designed by our guitarist, Alan. We chose him to do it since it meant we’d be able to get exactly what we wanted and there’d be no hassle sending different version back and forth, as we couldjust watch him make it and ensure it’s perfect. Of course it also had the added bonus of being free!

The first idea we had for the cover was a man and a woman in a forest. We wanted to make it seem eerie at first but then realised we should maybe opt for a different approach since this wasn’t as fresh and clean as we wanted it to be. We did, however, learn that we liked that idea of the figures in the forest.

There were a lot of different versions made up after this point, but finally It lead us to the version we settled on. You can still see the woman clearly but, as mentioned previously, the man is much more subtle and perhaps is difficult to spot first time. In terms of symbolism, the woman and the red dress connotes love in an individual’s life. Whereas the man being faded and discoloured represents the Loss.