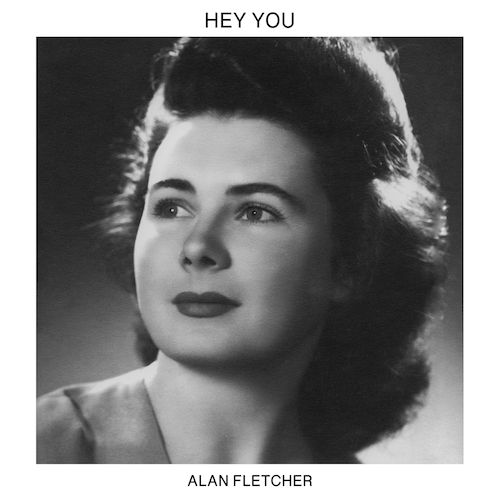 – Actor and singer-songwriter Alan Fletcher has released his poignant new single “Hey You“, available to stream/download worldwide now. Penned by Fletcher and perfectly produced by Lachlan Bryan and Damien Cafarella, the song began its life entitled, “Hey Mum”, before transitioning into a more encompassing tale.

The track is a personal one for Fletcher, dedicated to his mother Ivy, great aunt Peggy and grandmother, who were all spiritualists. Ivy was his lifelong friend and spiritual guide and she and Peggy assured him they would continue to look after him when they passed.

“I’m not sure I have ever been able to fully accept the idea of transmigration of souls and the concept that passed loved ones can guide the lives of the living. However, it’s a very attractive thought!”, says Fletcher. “‘Hey You’ is a shout out to my relatives asking for confirmation that they are, indeed, still there in my life”.

Listen to “Hey You” here.

“Hey You” is the first track to be released from Alan Fletcher’s upcoming brand new Americana album The Point, which follows his recent EP Dispatches and is scheduled for release in February 2023.

Fletcher recently wrapped a 14-date The Doctor Will See You Now tour of the UK with multiple sold-out shows, sharing stories from his time on Neighbours, along with a standalone headline gig in London playing songs from his solo project. In 2023, he will join other cast members for fifteen Neighbours – The Farewell Tour live shows, most of which are already sold out, including three performances at the London Palladium. Very limited tickets remain for Belfast, Newcastle, Edinburgh, Glasgow and Nottingham – visit here for more details.

ABOUT ALAN FLETCHER:
For 27 years, Alan Fletcher has portrayed the character, Karl Kennedy, on the iconic Australian television drama, Neighbours. He has also appeared in Cop Shop and in the US series, The Love Boat. His first forays into music were with the rock band, Waiting Room, in 2004 – releasing two albums and a single. The band has toured the UK ten times in eight years performing to sell-out crowds and maintaining a weekly residency in Melbourne for 12 years.

In 2020, Alan joined forces with Lachlan Bryan and Damien Cafarella at their Melbourne studio, End of the Road, to realise his passion for Americana and Folk music. The resulting album, Dispatches, slated for release later in the year, was previewed at a special live show during the Tamworth Country Music Festival in Australia in April.