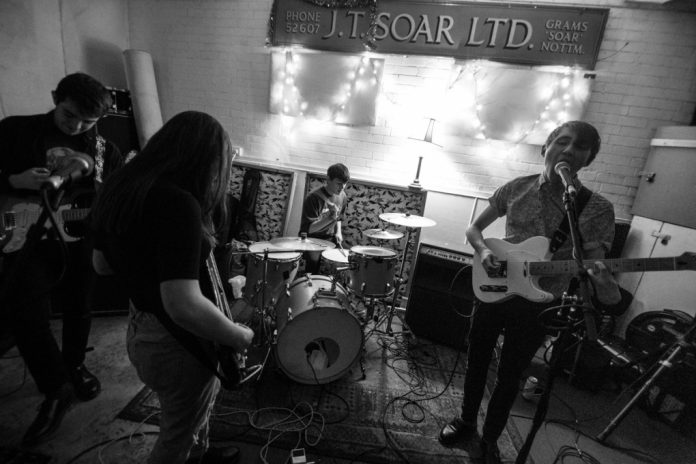 Taco Hell are to re-release their debut EP Breathe Deeply on the 12th of August via new Exeter label Circle House Records. The green cassettes are limited to 30, or there are 5 super cool deluxe versions which come with patches, badges, and even vegan taco recipe cards! They can be pre-orderedhere or bought directly from the band at their upcoming shows.

The EP was recorded at their local DIY space, JT Soar, in Nottingham with Phil Booth across a cold, wet weekend in April. It has since been found praise from Punknews & New Noise, amongst others.

Despite only having formed this January, the band has already shared the stage with the likes of The Cut Ups, T-Shirt Weather, Milk Crimes and countless others.

Drawing influence from Joyce Manor and The Menzingers, as well as their peers in the UK’s thriving DIY scene, they create a scrappy pop-punk sound that maintains its indie sensibilities with catchy hooks.

Let us know if you would like to review it (it can be downloaded for free from their bandcamp) or would like to do an interview! The band are up for anything.