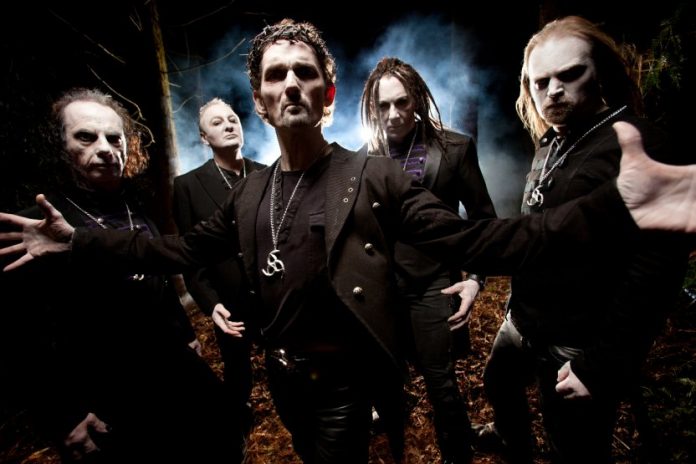 Resin Events are thrilled to announce Hell as the special guest band for Uprising ! One of the absolute highlights of Bloodstock Open Air 2013.

We spoke to Kev Bower recently about joining our metal party at DeMontfort Hall and he had this to say: “We’ve now been in the studio since January, writing, rehearsing and working on the next album, and we’re all going mad. It will be great for us to take a break, to get out there and play a show, especially a UK one so close to home. For me personally – it’s also a total bucket-list gig, since DMH was my go-to venue as a kid. I saw Priest, Maiden, Rush (4 times!), Sabbath, AC/DC, Motorhead, the Scorps – virtually every major formative band you can think of, the list is absolutely massive. HELL has become very successful and we have consequently played a lot of huge venues and festivals across 26 different countries – but to now be playing the very stage I spent years gazing up at ……. it’s a dream come true. We look forward to laying waste to Leicester on the 4th”.
www.ResinEvents.co.uk ( gigs in Leicester )
www.facebook.com/ResinEvents