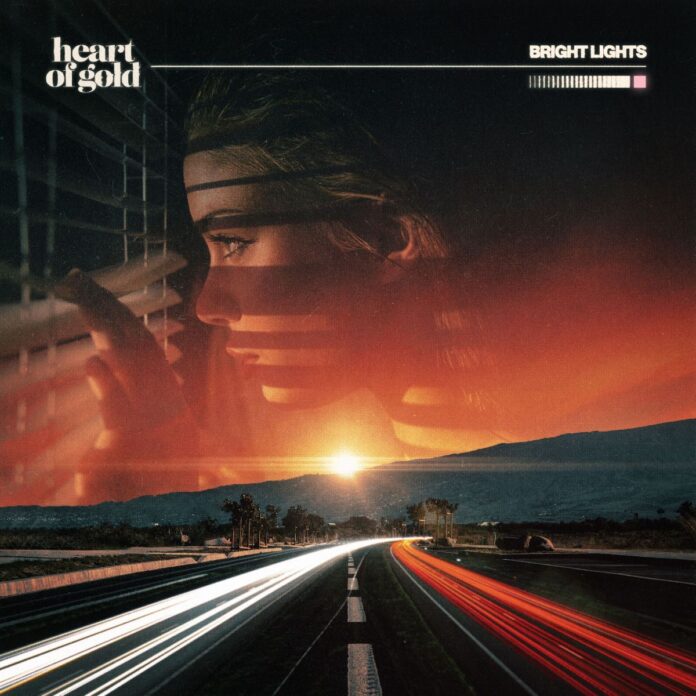 Manchester-based artist Heart Of Gold has released their newest single and video, “Bright Lights“. With transitional themes of dwelling on the past, heartbreak, longing, and acceptance, vocalist Michael McGough reaches for the hand of those who are attempting to navigate their own story’s plot twists. Notes of reminiscing accompany this piece’s overwhelming feeling of moving on and by the end, the idea of starting over doesn’t seem so hard to stomach.

Fans can stream “Bright Lights” and watch the video now at https://bfan.link/HOG-bright-lights

“Bright Lights is a conversation I have with myself about holding on to the reminder of what’s to come,” McGough says on the new track. “Whether it’s leaving a relationship or losing someone yet allowing myself time to grieve while simultaneously focusing on moving forward. Lyrically it demonstrates that despite growing and moving on, you’re still hit with flashes from the past, but you use it to ready yourself for better things.”

As many a listener can attest, it’s no secret that the genre in which Heart of Gold resides has always embraced tales of love and heartbreak. Yet, while these themes are indeed tastefully sprinkled throughout McGough’s latest work, his debut record is less about finding “the one,” and more about finding oneself in the swirling ups and downs of life’s winding roads.

It may seem odd at first to call this a coming-of-age story for an artist who’s seen outpourings of success both on his own as well as with popular post-hardcore group, Being As An Ocean. However, this new era is a rebirth of sorts for the singer-songwriter.

Serving as an aural time capsule for stories new and old, this is a testament to McGough’s lived experiences, drawing inspiration from a set of notebooks spanning the past ten years, and memories that date back even further to his childhood in a small English village.

But time was not the only plane Heart of Gold traversed in the creative process. Traveling to tap the talents of friend, producer, and studio owner, Phil Gornell, McGough routinely left his San Diego home around sunrise and made the five-to-six-hour drive to a small studio not too far from Burbank, Los Angeles. After several weeks, and with vocals and guitar completed, he and the music made their way back to Gronell’s iconic Steel City Studios in Sheffield. It was here in England that drums and percussion were tracked, engineered, and sent to Gornell in LA before circling back to Manchester for mastering. Distance was even bridged virtually as the team collaborated with Black Peaks’ Will Gardner over Zoom to add an extra dash of glittering artistry and the bright brassy flair of a saxophone solo or two.

McGough’s constant commute and the resulting miles of worldly reflection are reminders to appreciate all the highs, lows, excitement, and adventure life throws one’s way. The metaphor has infused itself deep into the very bones of “Bright Lights”, and the new track whisks listeners away to a nostalgic sunset trip down memory lane, immersed in vibrant melodies as soft neon lights glow in the rear view. An exploration of self, nestled within the verses and foot-tapping beats of pop music. Heart of Gold in a nutshell.