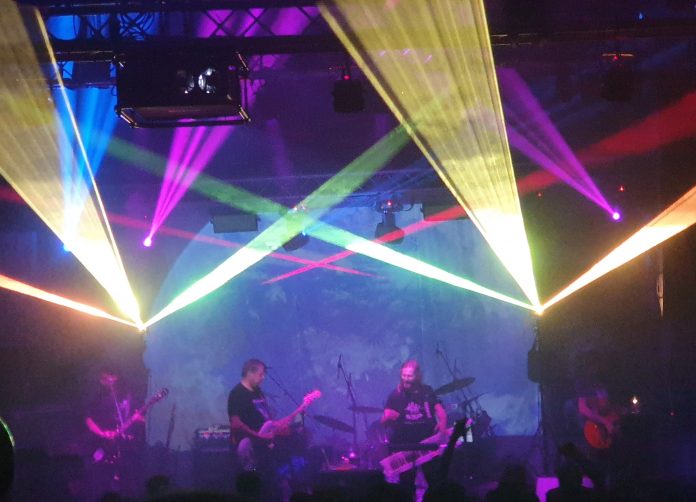 Often found supporting Hawkwind, Manchester’s Blackheart Orchestra are an interesting, compelling presence. Described in a review a couple of years ago as “proggers with a twist” and that seems to hit the nail on the head, pretty much. A short set here, just half an hour, Chrissy Mostyn and Rick Pilkington give us a taste of their work from across the spectrum. Whether that’s the acoustic lewd “Hypnotise” or the pulsing electro beats of “Drown Me Out”, from their new album, there’s a class here, some undercurrent of darkness, something ethereal if you will. “Sebastian” from their first album, cut a haunting presence on the accompanying video and does so here too, but just when you think they have no surprises left, along comes the harmony filled “Hey Pluto”. One of those rare bands that – on this evidence anyway – defies conventional classification, there is pretty much nothing conventional about Blackheart Orchestra. And they clearly wouldn’t have it any other way. There is a naturalness about their quirky sound. 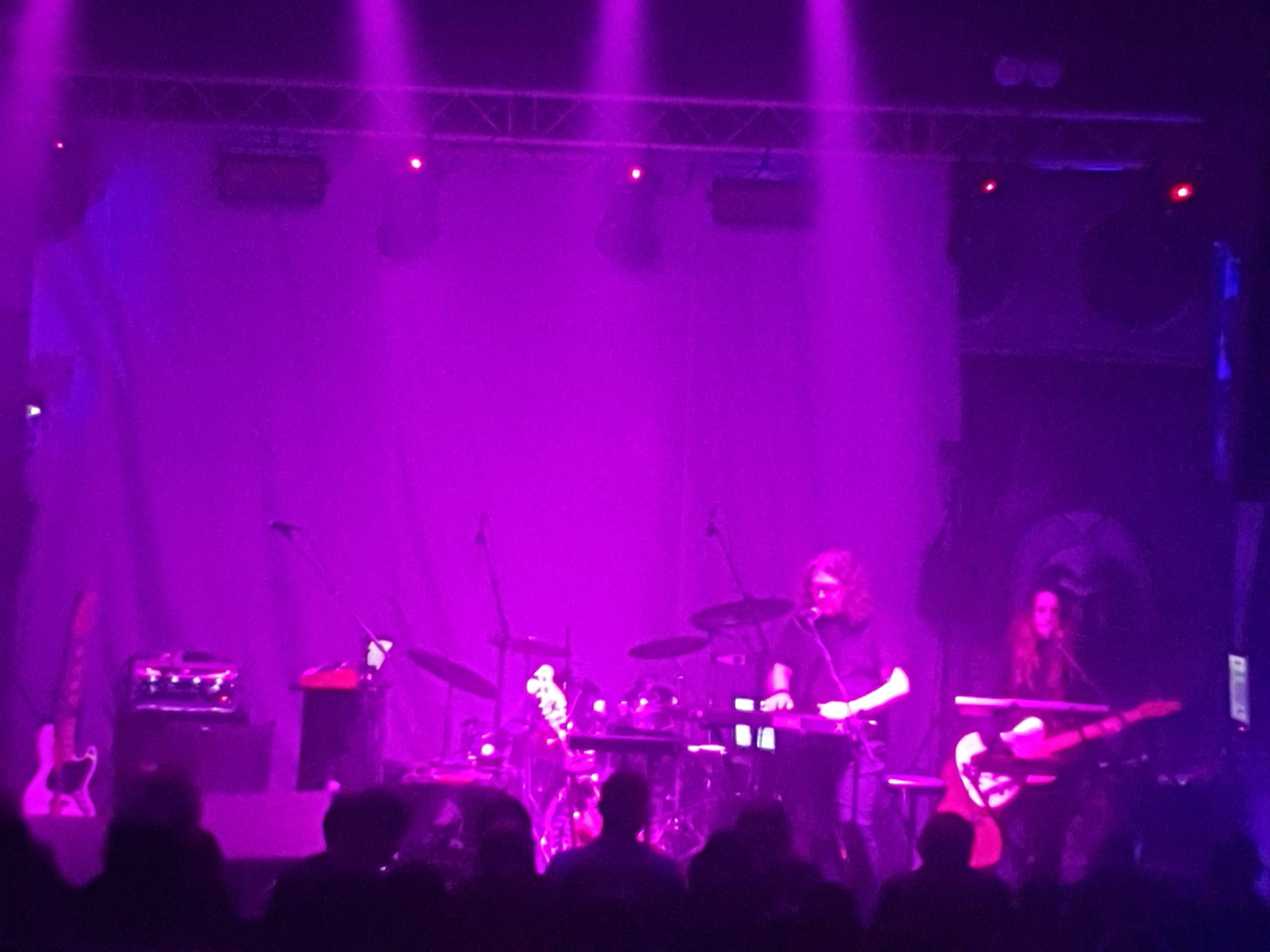 Two things here deserve praise above all others. First, if you are in a band, and celebrating your 50th anniversary in any form then, hats off. If you do it in a packed room, the night after you played just up the road, then all power to you. Second, if as part of those celebrations, you choose, rather than doing one of those “album” shows, or a greatest hits or something, instead to come out and play for almost two hours, but in that time do more than half your new record, then ladies and gents, we have us something special.Tonight, that is what Hawkwind do. Dave Brock has piloted the troops through this half a century, but he does it his way. Literally content to not have the limelight given that he stands in the shadows stage right, nevertheless this 2019 affair is worthy of the band he created.A stunning light show and projections throughout adds an audio visual element here. And speaking personally, from my vantage point in the kind of balcony bit where they put people who can’t walk well, you can only really see the tops of their heads and the backdrop, which only contributes to the sort of trance like feel to things.Beginning with “Motorway City” – a mere 39 year old – there is a groove, a kind of way that Brock locks in the guitar with second guitarist that doesn’t stop all night, and that means whatever they play from whatever vintage. “Flesh Fondue” (“it’s about flesh eating zombies who travel the galaxy” explains the singer) and “Last Man On Earth” (sung here by Magnus Martin) both show the new album in glorious light.Whatever else they are, the band – with Tim Blake on keys and synths a real presence – are mighty musicians “Born to Go / You Shouldn’t Do That / Born to Go” is a wonderful jam, but “Spirit Of The Age” is a singalong moment too, and this is not all about staid tech wizardry like many might be.“The Fantasy Of Feldum” – the new album’s ending track – is acoustic tinged, light and airy, a nuanced thing, but what follows sees Richard Chadwick, the drummer who has been in the band nearly as long as Brock sing “Silver Machine”. An all time classic, it proves why.“The Golden Void” and “Right To Decide” – it’s ironic, “can’t do this, can‘t do that” chorus surely belying the fact that no one would dare tell Dave Brock what to do, and if they did he wouldn’t listen – give a rip roaring conclusion, but the encore in part takes it right back to the start, as they end on a wonderful “Hurry On Sundown” from the debut 1970 album, and “Master Of The Universe” from the 1971 second.They play the as a medley including “Welcome to The Future” , which is apt given that Brock, who is 78 has expressed a desire for the band to continue when he isn’t in it. So in this case, it isn’t trite to say: here’s to the next 50 years.Whatever the future holds, though, tonight was a truly immersive experience and a thrilling trip.