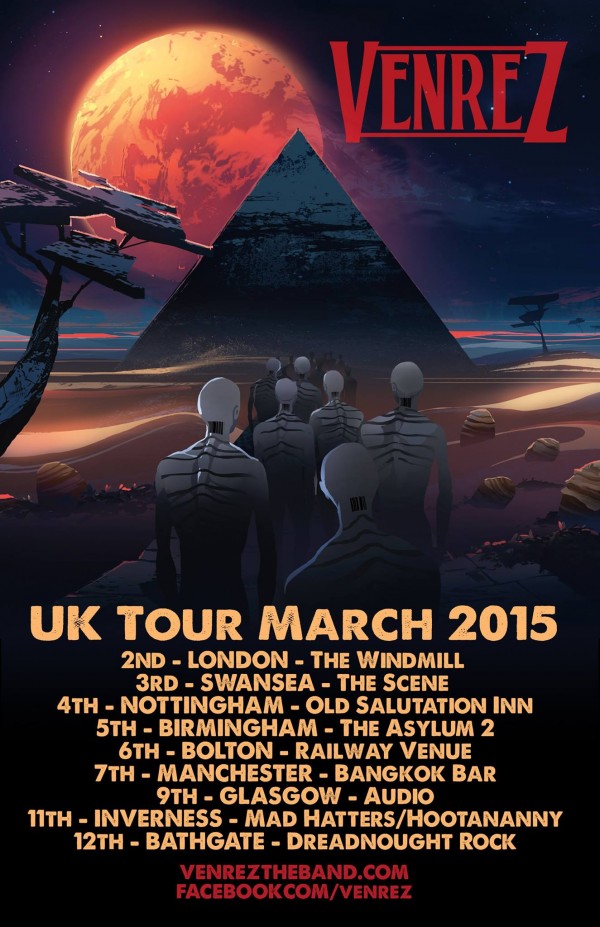 LA mob bring Godfather Director’s nephew in for new clip. And UK jaunt starts tomorrow
Los Angeles hard rockers Venrez caused a buzz with their 2013 album release, ‘American Illusion’ which saw the band tour across the USA and UK/Europe with SLASH, ALICE COOPER and BUCKCHERRY.
And now, they’re set to go over the top with their forthcoming new album ‘Children of the Drones’ and new music video ‘Hang The Predator’.
Directed by Christopher Coppola (nephew to ‘The Godfather Trilogy’Director Francis Ford Coppola) the new video and song serve as the perfect taster for Venrez’s forthcoming album. And according to the band’s frontman Ven, the track is one of his favourites. “We had actually lost the lyrics. Jason (Womack – guitars) was about to trash an old cell phone, and before he did, he checked it and found these lyrics I wrote and had texted to him. For some reason, that was the only time I forgot to e-mail it to myself to save it. Funny that it ended up being our lead single for the new album, as the song nearly didn’t see the light of day.”
‘Children Of The Drones’ is released 24th April 2015 via Monarch Music Group.
Venrez UK Tour March 2015:
2nd – LONDON – The Windmill
3rd – SWANSEA – The Scene
4th – NOTTINGHAM – Old Salutation Inn
5th – BIRMINGHAM – The Asylum 2
6th – BOLTON – Railway Venue
7th – MANCHESTER – Bangkok Bar
9th – GLASGOW – Audio
11th – INVERNESS – Mad Hatters/Hootananny