Hang On For Havok 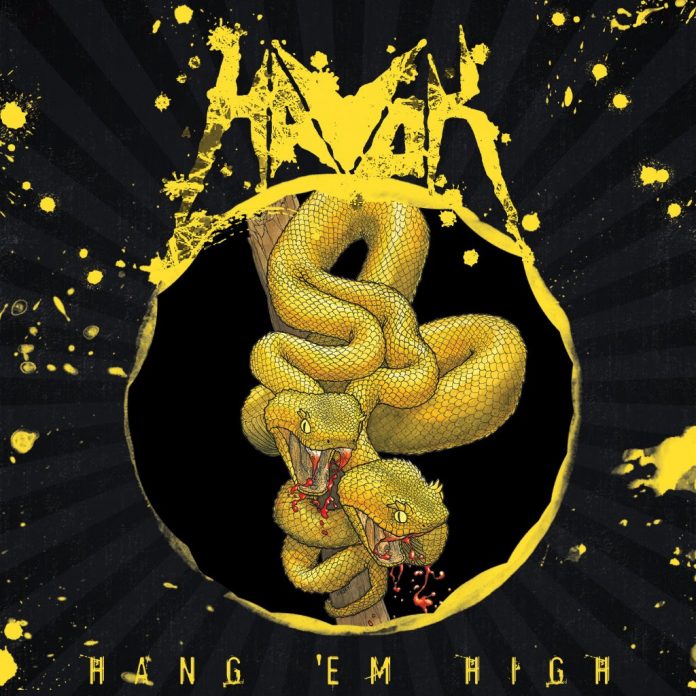 US thrash metal outfit HAVOK are disseminating the first new track off their upcoming album, ‘Conformicide’. The song, titled ‘Hang ‘Em High’, can be heard via the lyric video (created by Cloud Music Typography) below and is also the first instant grat track for those who pre-order the album on Amazon and iTunes.

‘Conformicide’ will see a March 10threlease on Century Media Records.

Speaking about the message behind ‘Hang ‘Em High’ and the accompanying lyric video, David Sanchez (lead vocals, guitar) comments, “In our current political atmosphere, corruption runs deep. This is our response. It’s time to wake up.”

In addition to ‘Conformicide’ being released on CD, digital and streaming platforms, the album will also be available in an array of limited edition vinyl colors. See below for a complete list of these color 2LPs and where fans can purchase them.

In the works for three years, HAVOK’s ‘Conformicide’ is undoubtedly their ‘Master of Puppets’ or ‘Rust in Peace’ moment. While it’s true that the Denver-based rippers have bled out guts, brains, and cash on previous records like ‘Unnatural Selection’ (2013), ‘Time is Up’ (2011) and ‘Burn’ (2009), none of them compare to the ear-destroying, mind-flaying upheaval heard on ‘Conformicide’.