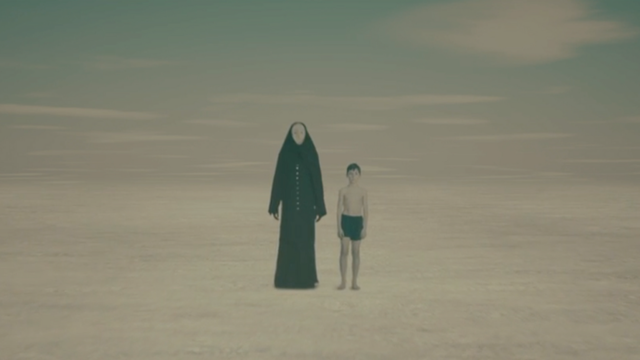 Sweden’s musical alchemists, OPETH have debuted a new video for their song “Era” today. The video’s track is featured on the band’s critically praised, 12th studio album, Sorceress, which is available now via Nuclear Blast Entertainment.

The video for “Era” comes just ahead of the band’s return to the U.S for headline spring tour with support from Gojira and Devin Townsend Project. The tour will also include a special one-off show in Philadelphia on May 6th with Mastodon, Gojira, Eagles of Death Metal, Devin Townsend Project and Russian Circles.

The beautiful shot, cinematic video was directed by Markus Hofko ( www.bowbowbow.co) and features stunning visuals that perfectly sync with the band’s dynamic music.

“I have to say our involvement in the making of the ”Era” video was so minimal we can’t take credit either for or against its brilliance. We did 3D scans of our bodies (clothed) in Munich during the last European tour. I remember everyone’s extremely tired and probably slightly hungover. The director just placed us in a ice-cold room and then scanned us with something that looked like a flashing hairdryer. Done! We’ve done our part for the video. Next! During the process of finishing the piece it got clear to me that it really works with the song. That’s something I was involved in actually, picking the song. It’s extremely difficult. Which song to choose? How do I know what works best for this format? Well, I don’t. I picked a song from the record that has a strong chorus. Slightly old school way of thinking I guess, but ultimately it didn’t matter all that much to me. The video is nice. I dig it. It’s slightly on the pretentious side, but hey, works for me! And like I said, it really works with the overall vibe of the song. Lyrically and musically and definitely emotionally.” – Mikael Akerfeldt