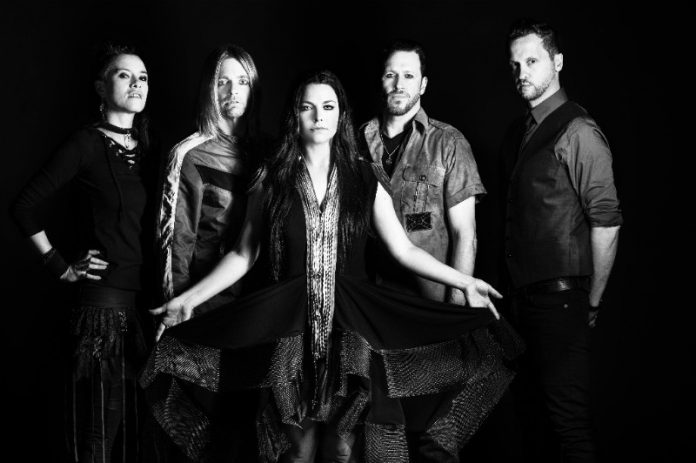 Following their announcement of a date at London’s Eventim Apollo on June 14th which quickly sold out, multi-platinum rock band Evanescence are delighted to add a second date on June 13th.  Tickets go on-sale Friday, Jan 27th at 9 a.m GMT.  Limited VIP packages will be available for purchase that include a chance to watch the sound check and meet the band.  More info available at http://www.evanescence.com/shows/

Led by Amy Lee’s operatic and passionate vocals, Evanescence has sold nearly 25 million albums since the band’s 2003 debut, Fallen. The album’s premiere single, “Bring Me To Life” won a Grammy for Best Hard Rock Performance.  Other massive hits followed including “My Immortal,” “Going Under,” and “Call Me When You’re Sober,” establishing Evanescence as worldwide tour headliners.  These dates will be the band’s first in the UK for five years.

Lee comments “Coming back to Europe has been a high priority for us and we are very excited for the shows this summer. The band has a special new energy right now and we are pushing ourselves and more than ever onstage, and enjoying ourselves immensely. Can’t wait to share it with you!”

Full European tour dates are below: