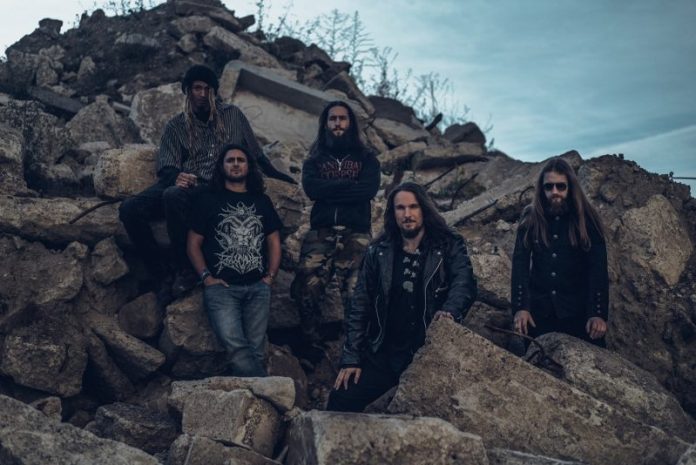 Toronto’s SLUDGEHAMMER have unleashed their new video for ‘Demons From The Woodwork’, one of 11 tracks on their debut album ‘The Fallen Sun’ released during June of last year.

Their latest album ‘The Fallen Sun’ is the follow up their 2014 EP ‘Organ Harvester’ and was self-produced by the band plus mixed by guitarist Tyler Williams along with mastering done by world renowned producer & engineer Lasse Lammert (Gloryhammer, Alestorm, Teramaze) at LSD Studio in Germany.

A full album stream of ‘The Fallen Sun’ can be heard at the following link: https://www.youtube.com/watch?v=d2dmlDY6eK0

The album is available digitally and on CD at the following bandcamp link https://sludgehammermusic.bandcamp.com.
Previous article
REVIEW: CRAIG FINN – WE ALL WANT THE SAME THINGS (2017)
Next article
Harlott take Penance