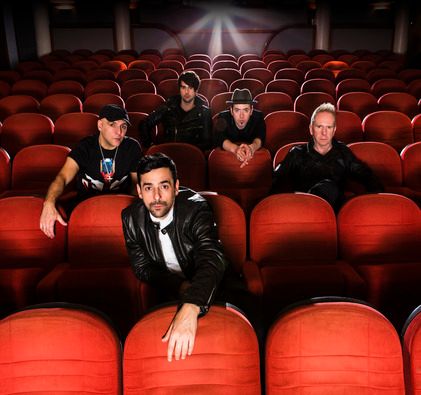 New single out in June

Scottish rockers Gun are set to release their latest single, and title track of new album, ‘Frantic’ on June 8th 2015 via Caroline.

‘Frantic’ features a full string section, it takes the band to new territory and blends their rock angst with heartfelt emotion. ‘Frantic’ emerged as a natural single choice with critics and tastemakers alike earmarking the track for high praise – which helped it onto radio playlists even before it was serviced to media.

‘Frantic’ was inspired by a meeting of artistic minds at SXSW Festival 1992, when Dante made the acquaintance of a highly renowned Hollywood actress/singer. Despite her turning up to one of GUN’s shows and spending the night with him talking about their hopes, dreams and aspirations, the couple crucially failed to stay in touch providing the album’s universal “what if” theme.

Produced by Simon Bloor and mixed by Tim Weidner (Trevor Horn’s music team), the album channels the different styles of their previous records to create a new sound and direction for the band – polished production that retains their trademark raw power.

Fresh from a short tour of the UK that included a sold out homecoming show at Glasgow’s Barrowlands, the band got to road test much of the new album to an incredible audience response. Tracks such as ‘One Wrong Turn’, ‘Hold Your Head Up’ and ‘Frantic’ easily held their own against hits such as Word Up and Better Days on their first show at the iconic venue in 18 years.

Now the band are ready to announce an extensive run of UK dates for the Autumn, their biggest tour since reforming as a band in 2012. Preceding the tour are appearances at the Bearded Theory and Camden Rocks festivals.

To warm up for their Camden Rocks performance, GUN will also play an intimate show on Friday 29th May at The Islington, London.

Formed in Glasgow by the Gizzi brothers, GUN’s contemporary take on authentic rock gave them an edge over their peers, gaining them recognition and numerous plaudits –  becoming the first group to win an MTV Award. Over the years the band have toured the world with acts such as The Rolling Stones, Bon Jovi, Simple Minds, Bryan Adams and Def Leppard.