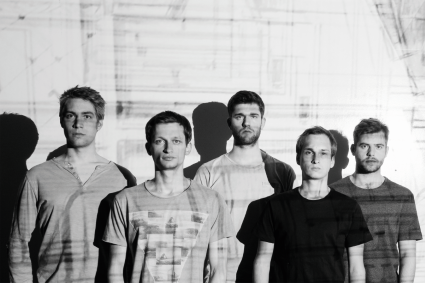 Young Austrian progressive rock five piece Second Relation’s new studio album, ‘Eno’, released on Long Branch Records / SPV on September 23rd, is an astonishingly accomplished and inspired collection of original work with an enormous vision. One listen to The ten jaw-droppingly well executed tracks on ‘Eno’ and it’s no surprise to hear that the Austrian Music Fund chose to finance the recording of this magnificent, virtuosic Long Player.

Totally buoyed up Second Relation headed back into the studio to record their second album, ‘Abiona’, self – released two years later to huge local and international acclaim. Holland’s Background Magazine raved that “Two years after Second Relation’s debut album, they presented ‘Abiona’, another conceptual album with a female title. First thing that strikes me is the progression these musicians have booked in just two years. The album opens with ‘Chance, Aim, Way, Promise’ and in my opinion the music sounds even tighter than on their debut. The drums are a bit more prominent in the mix and the piano and the keyboards are more balanced with the guitars. Only this piece is already worth the ten euros the album cost on Facebook. Riverside is still a great influence of the band, but in the guitar sound I also recognize Iron Maiden and Sylvan. A strong element is the use of acoustic guitars, to enhance the song’s atmosphere; this can be heard in ‘Frightening Silhouettes’. Compared to ‘Lynette’ the compositions are more balanced and in a way the songs are more coherent slightly gaining an identity of its own. During ‘Velvet And Silk’, alternative influences still appear, but also Pink Floyd leave some traces.‘Motherlight’ is a composition for which many other bands would sell their soul to the devil just to have it on one of their own albums.” 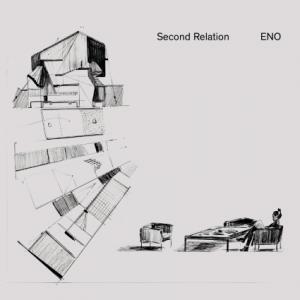 After the release of ‘Abiona’, Second Relation won support slots with the likes of Funeral For A Friend, Dragonforce, Sepultura and The Sorrow, honing their live sound down to guarantee a razor sharp stage performance. The young musicians then took a creative break, before reuniting, taking their time to write and rehearse the ten sublime songs contained on ‘Eno’, which concludes the group’s musical trilogy of albums with female names.

‘Eno’, which was co- produced by the band with David Castillo (Opeth / Katatonia) and then mastered by Tony Lindgren (James LaBrie, Leprous), at Fascination Street Studios in Stockholm, way more than deserves the moniker of ‘classic third album’. Packed with exceptional, utterly inspired songs with soaring melodies, effortlessly effected complex time changes and clear, tune drenched vocals, ‘Eno’ is nothing other than a massive musical triumph.