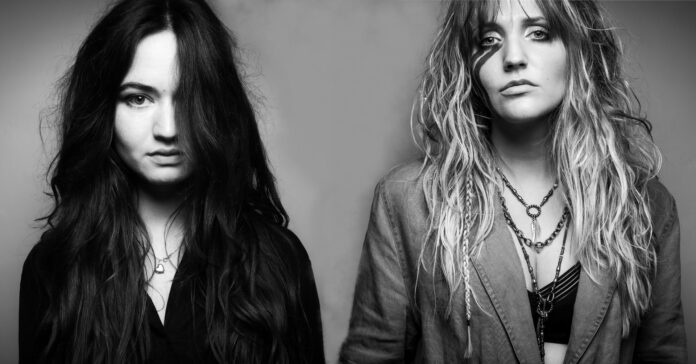 MuddiBrooke is back with their own take on Lesley Gore’s iconic ‘You Don’t Own Me’. A song that has inspired songwriters and artists across the decades, since it first aired in the 1960s, now gets a grunge-fuelled, heartfelt retelling from Derby’s all-female alternative rockers. Due for release on June 3rd with accompanying music video. – https://youtu.be/0T3fs7NL2zk

Even though I absolutely love Lesley Gore’s version of this song, something always seemed missing to me. To me, because it was first released in the 1960s, it was sung and performed with that old-fashioned vibe that a woman should not be angry, they should be polite and pretty at all times, even though the lyrics are going against that. It was almost like she was holding back, through gritted teeth. We wanted to bring back this fantastic song in our own way; with heart-pounding, distorted grunge guitars and the lyrics seemingly spat in anger; in response to the old, kept-woman attitudes.”

What does it feel like to be one of society’s rejects? We all fall down from time to time and it’s important to pick ourselves up again. We must first own that rejection, accept it and then understand that it is fine to be your own true self.

MUDDIBROOKE express themselves clearly by owning their past and the angst of identity and giving the message of self-acceptance, being your own person and to wear that proudly. Their debut EP, ‘LUNACY’ explores living through the challenges of life; those moments that make you feel a bit crazy and question your reasoning.

WE THRIVE AS A TRIBE.

MUDDIBROOKE released their DEBUT EP “LUNACY” on 22nd OCTOBER 2021 and is available on CD, LIMITED EDITION VINYL and on ALL DIGITAL PLATFORMS.

On the release of a debut there is almost certainly an atmosphere of anticipation, a level of hope and in the case of MUDDIBROOKE the hope comes from the stories in the songs. By looking at the human condition, from an emotional perspective this gives us permission to move on; to move forward and hopefully never look back.

“This is the first time and the first opportunity to bring the songs from the EP to a live audience, something we have been waiting to do for what seems like a lifetime. The true test of performance is to see the reaction from the audience, the raw energy between us and the faces in front, there’s nothing quite like it and it’s the best feeling in the world”.

Brooke, Anna and Mary all in their mid-20s. Even though they haven’t been playing very long as ‘MuddiBrooke’, collectively they have over 30 years experience of playing live in front of many large audiences and supported artists such as The Beautiful South, Scouting For Girls, Luka Bloom and Dr and The Medics.

Since forming in January 2020, they have released four singles and their debut EP, ‘Lunacy’ – all of which have achieved airplay all around the world, including airplay on KERRANG! RADIO, PLANET ROCK and BBC INTRODUCING. One of their singles, ‘Devil’ achieved ‘Track of the Week’ on BBC Introducing and also made it into the Top 10 of the Greek Rock Charts for four continuous weeks.