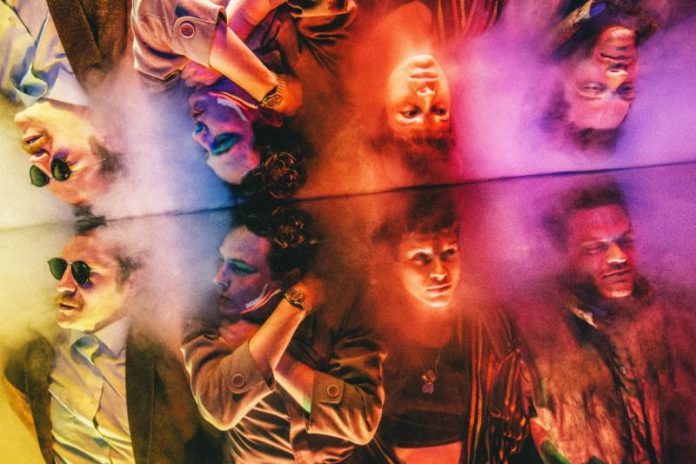 ‘Señora Borealis’ is all bad boy sneer – sensual, moody, with a sly and predatory swagger. It’s a perfect precedent to Double Vanity, an album which sees front man Ryan Lindsey and bandmates Ben King, Nathan Price and Penny Pitchlynn steadily moving ahead, transforming the raw angst of their first record, Can’t Get Past the Lips, and their irresistible second LP, Just Enough Hip To Be Woman, into a sound decidedly more layered and complex. Tracks like ‘New Karma’ and ‘Two Step’ riff off the later explorations of punk, culling up refracted images of John Hughes prom nights, love songs echoing from a boombox held high. Elsewhere ‘Jenny Loves Jenae’ and ‘Speed Demon’ strut with an 80s-meets-50s swagger – discord transformed into a jagged, frenetic pop. ‘I Know You’ is simultaneously infectious and brooding, somehow both exalting and heartsick.

Just Enough Hip To Be Woman saw fantastic success, with the infectious ‘Class Historian’ single spending over a month on the playlist at BBC 6Music. The record was dubbed “fresh and invigorating” by the NME, “unequivocally strong in their near mastery of sunny melodies and deft pop sensibilities” by Consequence Of Sound, and received further acclaim from The Independent, Noisey, Mojo and more. Their subsequent debut European tour saw sold-out shows across the capital.

BRONCHO are set to tour America through May and June with Cage The Elephant and will land in the UK for a full tour this autumn.