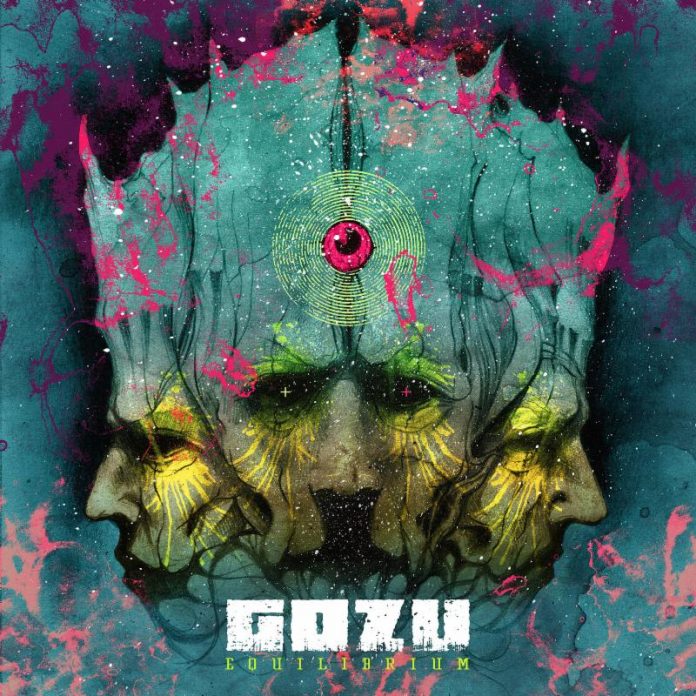 With roots in 60s psychedelia and classic rock, the fuzzy stoner riffs of the 70s, the grit of 90s grunge and the winning dirty rock n’ roll that has in recent years made a resurgence, Gozu has been churning out killer records since 2009. With 2016’s Revival they took their sound in a somewhat new and more aggressive direction, and in doing so, dropped the most compulsive, exciting and downright badass release of their career – and Equilibrium has only raised the stakes. “We wanted these songs to hit a nerve, make people shake their ass and enjoy simply being alive,” says vocalist/guitarist Marc “Gaff” Gaffney, who founded the band with lead guitarist Doug Sherman. Much of the record’s strength stems from the unit growing since Revival, the first full-length featuring drummer Mike Hubbard and bassist Joseph Grotto. Having also reunited with Revival producer Dean Baltulonis (Hatebreed/Goes Cube/The Hold Steady) at Wild Arctic Studio in Portsmouth, New Hampshire, the record is certainly the catchiest and most instant music dropped by the quartet, embracing their love of pop music but without compromising on any of the other vital elements of their sound.