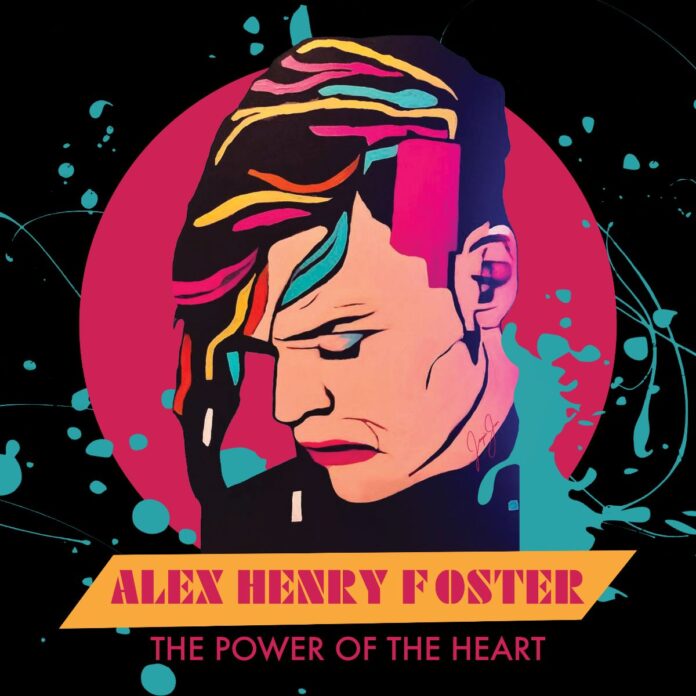 Foreseeing his upcoming UK / European Summer tour Not All Wonders Have Been Lost, Alex Henry Foster releases The Power of the Heart today, a cover version of Lou Reed’s (probably) most underrated song, yet a favourite for Laurie Anderson.

After mentioning that Reed’s authentic endeavour has always been one of his core inspiration, Foster says: “It took me years, streaming into the bleakest turbulences of my own inner voyage, to envision the prospect of making a monument of sincerity such as The Power of the Heart mine. Self-acceptance in an age of make-believes is what allows someone to find themselves, and it’s once emancipated from the self-preservative escapism that one can navigate amongst the vestiges of their existence, which in turn leads one to simply be, as an individual and originator.

Being liberated from the anguish to be seen for who I am is the reason why I didn’t feel the pressure to mimic Reed’s incarnation of the song, nor was I constrained by the burden of having to emulate his intimate intent. If my initial appropriation of the song stood as a homage to Lou Reed and Laurie Anderson’s love and respective creative expression, it would grow beyond its conceptualized embodiment as I began to enfranchise myself through it. It is in that moment that it wasn’t a revision process anymore, but the result of a total abandonment designed by my own instinctive drift and surrendering.

Noises became sounds, and musical arrangements evolved into some sort of spiritual uplift for me, turning it all into a celebration of what can’t be owned, measured, or defined, a boundless and infinite transformative ascension that can only be experienced once shared and given away. That is for me the true everlasting nature that is the power of the heart.

Liberating in its contemplation. Compassionate in its acceptance. Transformative in its incarnation.”

Alongside its 4-minute radio version, the single release also includes an 8-minute-27-second version of The Power of the Heart. Faithful to his signature dense sonic texture with a grandiose orchestration recorded live in his church studio, The Upper Room Studio, Foster will also offer the song on limited-edition lathe-cut vinyl, individually printed & silkscreen-printed one-by-one, signed, numbered and available at https://htrstore.com/collections/alex-henry-foster

Alex Henry Foster will also bring his Not All Wonders Have Been Lost tour to venues across the UK this June. Tickets are available now from his website.