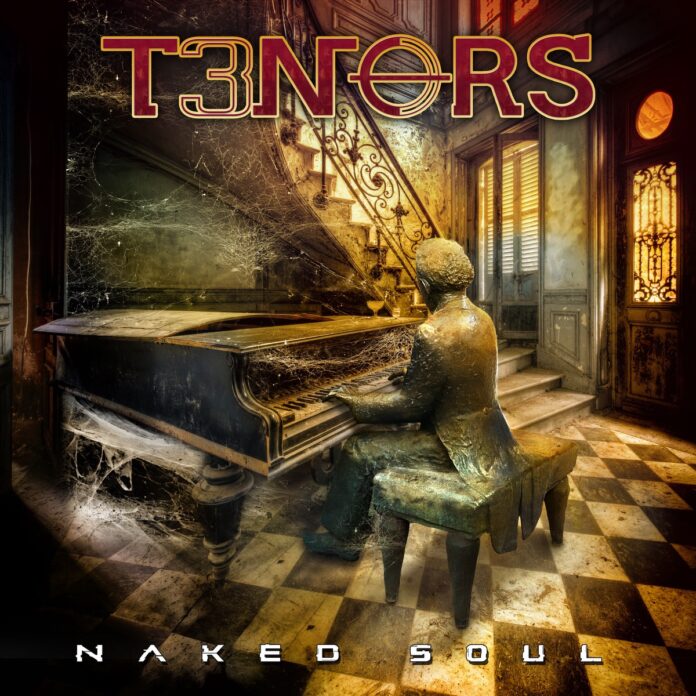 Frontiers Music Srl is pleased to announce T3nors, a brand new AOR project featuring the golden voices of US singers Robbie LaBlanc and Toby Hitchcock plus rising Swedish star Kent Hilli. The trio have combined forces to front ‘Naked Soul’, which will be released on 10th February 2023, although the first two singles from it are both available from today. A video for ‘April Rain’ can be seen HERE, while the audio for ‘Strength To Carry On’ can be heard HERE.

Given the quality of AOR vocal talent that the Frontiers label has always been associated with, they had been wanting to make a ‘three tenors’-style record for quite some time. It had just been a case of finding the right choice of singers and them all being available at the same time.

Hilli is the ‘newest’ of the three names on ‘Naked Soul’, but has made a massive impact with albums for his main band Perfect Plan, another as the new frontman for GIANT, solo material, plus guest appearances with Restless Spirits.

Hitchcock is known for his solo albums as well as his work in Pride Of Lions alongside melodic rock godhead Jim Peterik.

Robbie LaBlanc is a singer, guitarist and songwriter known for his work with Blanc Faces, Find Me (with Daniel Flores), East Temple Avenue and more.

As T3nors, all three are guaranteed to please all lovers of quality AOR!