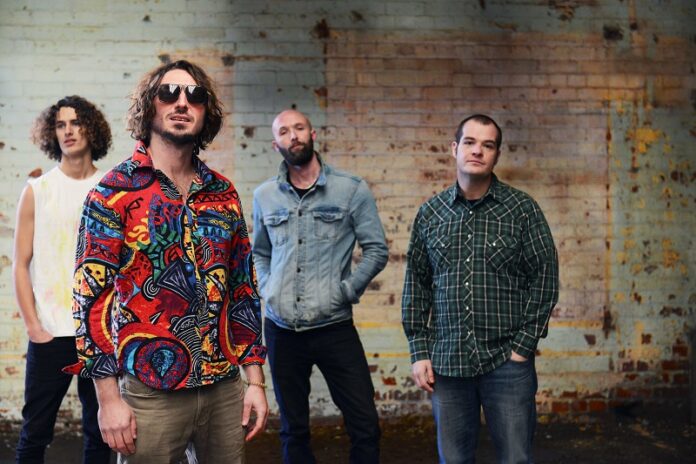 Cornwall-based roots rock band Wille & The Bandits release their fifth studio album When The World Stood Still on January 28, 2022, on their independent label, Fat Toad Records. The album is now available to pre-order from www.willeandthebandits.com/shop.

The second single Good Stuff will be released Friday January 21st and can be streamed from https://ingrv.es/good-stuff-rkn-7.
The official music video for Good Stuff can be viewed at https://youtu.be/UrEnBnWqqp8.

“Good Stuff is a feel-good song with a hypnotic groove and anthemic sing along chorus,” says Wille Edwards. The song features Wille on bottleneck slide and grooves almost like an ACDC track with a huge chorus that will get all the WATB fans singing back on the band’s forthcoming tour. The song asks “What makes you happy? What’s your good stuff?”
This new album documents a time when the world stood still, recorded in a place only accessible on the high tide, on the banks of the river Fowey; one of Britain’s most iconic recording studios that is coming to the end of an influential life. This could be the last album recorded at Sawmills, funded by the fans of a band considered one of the most exciting and successful independent acts in Europe,

It is no exaggeration to state that Sawmills Studio, with the artistry of John Cornfield, has produced some of the most ground-breaking albums of the last 30 years; Stone Roses’ Fools Gold, Oasis’ Definitely Maybe, Supergrass’ In It For The Money, Robert Plant’s The Fate of Nations, Muse’s Showbiz, and now Wille & The Bandits’ When the World Stood Still stands alongside as one of equal mastery.
Wille & The Bandits are a band who do not stop pushing boundaries. They were in the process of carving out a reputation as one of the UKs most original acts when the impacts of the pandemic led to a cease of touring. Wille and the Band got stuck into song-writing and an album was written; A group of powerful anthemic songs, who’s melodies and lyrics resonate with the emotions of a time that none of us expected.

“It had always been a dream for me to record at Sawmills,” says Wille Edwards, the band’s lead singer, guitarist, and multi-instrumentalist. “I was devastated at the thought that another piece of music history was being repurposed away from a place of inspiration for the arts.”
“However,” continues Wille, “there was a suggestion of fate when a friend took me night fishing at a secret spot, that just happened to be in the Foy River, looking across to this wonderfully situated building; one that we all know, even if we don’t realise it, from a childhood of reading Wind in the Willows. This set me on a hunt to find out if there was still a chance to record one last album at Sawmills with the man behind all the iconic albums recorded there – Mr John Cornfield. To fund this enterprise, we turned to our unbelievable fans who made the dream happen, and who we are eternally grateful, too”

Wille & The Bandits have so far recorded five studio albums to critical acclaim and are credited with pushing the boundaries of roots rock into a new era of music lovers. They were listed in the top ten must see bands at Glastonbury Festival by BBC Radio One and were personally invited to perform on the German TV show Rockpalast – a musical institution of global import.
They have played festivals across the world, from Broadway to the West End, and Belgrade to Sydney.  They were picked to perform at the London Olympics after being voted one of UK’s best live acts.

The combination of one of the country’s best live bands, best producer and iconic recording studios has produced something very special with the forthcoming release of When The World Stood Still.
LINE-UP