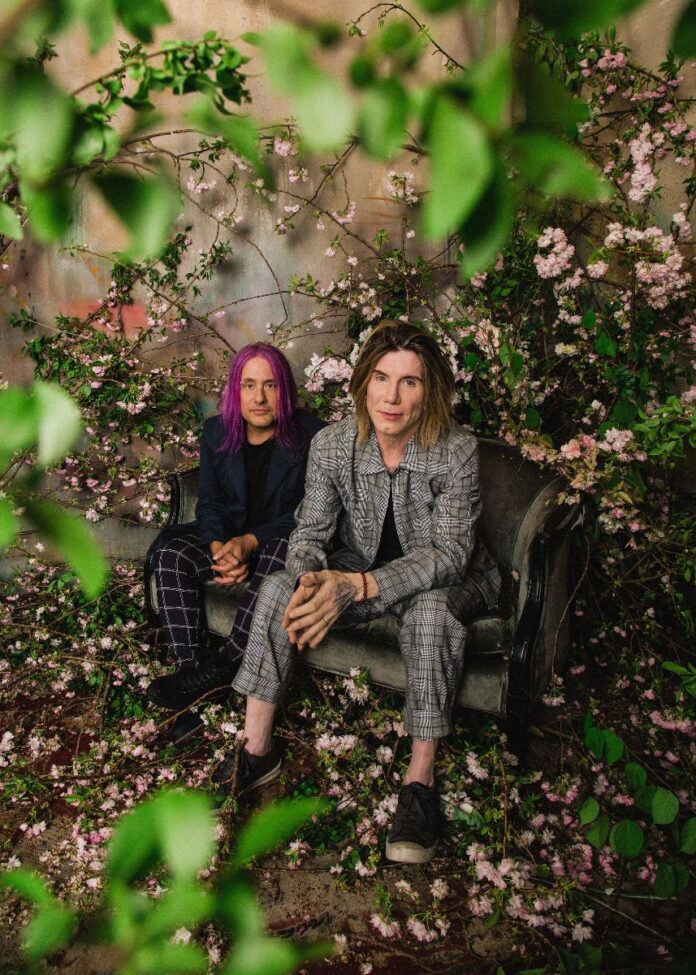 Four decades into their storied career, alt-rock legends Goo Goo Dolls are still discovering new and invigorating ways to make the most exciting music they’ve ever recorded. They have just released “You Are The Answer,” the second song to be taken from Chaos in Bloom; their thirteenth studio album that arrives on August 12th, 2022 via Warner Records. “You Are The Answer” is a melodic ballad that explores the experience of devoted love during times of difficulty. Listen to the song and watch the lyric video  HERE.

“You Are The Answer” follows “Yeah I Like You,” Goo Goo Dolls’ first single from Chaos in Bloom that was released earlier this summer. The band took to the stage to deliver a rousing debut performance of the single on LIVE with Kelly and Ryan for the show’s July 4th celebration, which can be viewed here. Marking the first album of their career to be produced by frontman John Rzeznik, Chaos in Bloom contains 10 tracks of biting sarcasm, stadium-ready choruses, and the type of spear-sharp song-writing that’s led them to become one of the most influential alternative rock groups of all time.

While Chaos in Bloom isn’t necessarily an album borne out by the pandemic, many of the tracks reflect on all of the things in daily life that became amplified while everyone was isolated from one another and sequestered at home. To record the album, Rzeznik and Takac retreated to Dreamland Studios just outside Woodstock, New York during the pandemic. An environment as remote as it is rich with historic rock music roots, the location proved to be the perfect setting for clearing the noise and creating such a record, which carries a true live quality that the band captured by blending vintage instruments and gear with new-age recording processes and techniques.

For the first time since 2019, Goo Goo Dolls have embarked on a sprawling headlining tour of the US, which kicked off on July 15, 2022 in Nampa, ID and will see the band playing iconic outdoor venues spanning North America including Red Rocks Amphitheatre in Colorado, The Greek Theatre in Los Angeles, and Northwell Health at Jones Beach Theater in Wantagh, NY. Information & tickets can be found via the band’s website HERE. Goo Goo Dolls will be partnering with the Joe Torre Safe At Home Foundation for the tour, a non-profit founded in 2002 by Ali and Joe Torre to provide healing and education services to youth who have been traumatized by exposure to violence including domestic violence, child abuse, teen dating abuse, and sexual assault to help break the cycle of violence.

Formed by Rzeznik and Takac in Buffalo, NY in 1986, Goo Goo Dolls have quietly broken records, contributed a string of staples to the American songbook, connected to millions of fans, and indelibly impacted popular music for three-plus decades. Beyond selling 15 million records worldwide, the group has garnered four GRAMMY® Award nominations and nearly a dozen platinum & gold singles combined, and seized a page in the history books by achieving 16 number one and Top 10 hits. As a result, they hold the all-time radio record for “Most Top 10 Singles.”

Thus far, A Boy Named Goo (1995) is double-platinum, Dizzy Up The Girl is five times platinum, and Gutterflower (2002) and Let Love In (2006) both went gold as Something for the Rest of Us (2010) and Magnetic (2013] bowed in the Top 10 of the Billboard Top 200. Their music continues to reach new audiences around the world and rack up platinum & gold statuses – including the recently platinum-certified “Slide”, “Black Balloon” and “Better Days” – and has been covered by everyone from Taylor Swift to Phoebe Bridgers and Maggie Rogers.

Among a string of hits, “Iris” was #1 on the Hot 100 for 18 straight weeks and would be named “#1 Top 40 Song of the Last 20 Years.” After going viral on TikTok, the track recently achieved seven-times-platinum status and re-entered the Billboard charts, yet again proving the timelessness of Goo Goo Dolls’ illustrious catalogue.

Previous article
RHYTHM GONNA GET YOU
Next article
REVIEW : RZA – BOBBY DIGITAL AND THE PIT OF SNAKES (2022)