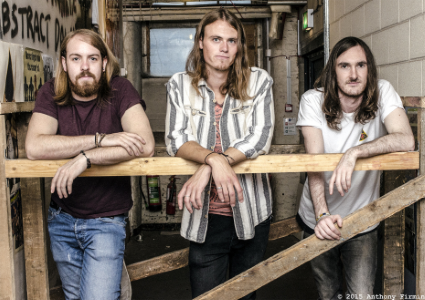 UK Heavy Blues threesome Ritual King re-release their alluring new EP ‘Elixir’, through all stores on Friday 2nd December.
The early seeds of Ritual King were cast in 2013 when Drummer Rodge Hodges met guitarist Jordan Leppitt at Bolton University. At the time, Rodge was renting a house with a basement, so the two would frequently jam and compose.  It was clear that they had a mutual passion for the creation of music as an energetic art form. The duo invited Dan Goodwin along to practice, and the three instantly hit it off. Originally formed under the guise Renegade & Retrospect, the three piece went on to record and release a debut EP which provided the band with a strong foothold throughout the North West.

After a series of well received shows and intense writing, the blues riff lords proceeded to work on their new EP, Elixir. It was pretty apparent that this new record would be a massive step up for the band. To mark the transition, the trio decided to change their name to a more palatable moniker, and Ritual King was born. 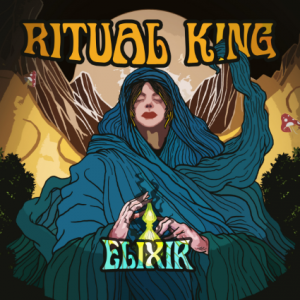 The band recorded and produced Elixir at Castle Rock Studios in Alderey Edge, Cheshire, and the threesome have delivered five tracks of classic rock-tinged blues that comprehensively bite, snarl and appease your senses. The gritty groove laden pull of Devil’s Chokehold swiftly brands a marker to the listener’s earpiece, while ISD impeccably flows and expands on the unit’s already formidable sound with its acute use of dynamics. Detachment also does not disappoint; it’s a ballsy blues rock cut that will hit you right between the eyes—the conviction and swagger is evident and rightly so. Next up, Too Fast displays the threesome’s adept use of slide guitar perfectly complemented with a bass line groove that is nothing short of electrifying. The band’s current single, Unorthodox Satisfaction completes this mighty record, and it’s a firecracker; loaded with an infectious refrain and blessed with stout riffery, this track is sure to grace radio stations’ playlists.