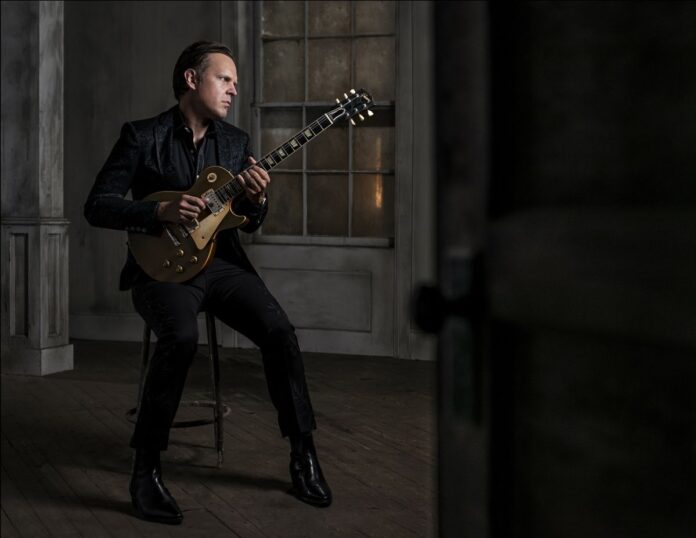 Provogue / Mascot Label Group have announced three special vinyl reissues of blues-titan Joe Bonamassa’s back catalogue. ‘You & Me’, ‘The Ballad of John Henry’ and ‘Live from the Royal Albert Hall’ will be available on 22nd April.

His fifth studio album, originally released in 2006, ‘You & Me’ has been remastered from single to 180g heavyweight 2-LP transparent orange vinyl – on coloured vinyl for the first time. When released it hit the #1 spot on the Billboard Blues chart and featured a crack band of Carmine Rojas (Bass), Jason Bonham (Drums), Rick Melick (Piano/Organ) and Jeff Bova (Orchestration). At the time it was declared his best work to date by Allmusic.com and features his takes on Led Zeppelin’s “Tea for One,” Sonny Boy Williamson’s “Your Funeral and My Trial” and Charley Patton’s “High Water Everywhere” as well as Bonamassa originals including “Bridge to Better Days” and “Asking Around for You.”

The 2009 fan favourite and iconic ‘The Ballad of John Henry’ will be also available on coloured vinyl for the first time, has been remastered on 180g heavyweight 2LP brown vinyl and includes a bonus track – B.B. King’s “Chains and Things.” Bonamassa’s seventh studio album saw him steamroll into another US Billboard Blues #1 as well as it making waves across the charts around Europe. Well on his way to becoming a superstar, several Bonamassa originals adorn the album as well as covers of Tom Waits, Sam Brown and Ike & Tina Turner, highlighting the sheer scope of his palette.

It is in a live setting where Joe Bonamassa the performer really thrives and in May 2009, he played the historic Royal Albert Hall in London. It was an incredible memory for everyone present and one of his greatest live performances has been remastered on high-quality 180g heavyweight triple vinyl for the first time. The majestic evening saw him glide through his back catalogue of original hits as well as inspired covers and featured guest performances from Eric Clapton and Paul Jones – truly a special night to savour.

With 25 #1 albums, yearly sold-out tours worldwide and custom annual cruises, he’s a hard act to beat.  These albums are a testament to his credentials and a toast to his longtime fans who remember them originally and new fans who can experience them for the first time. It’s Joe Bonamassa at his finest, ready to rock.