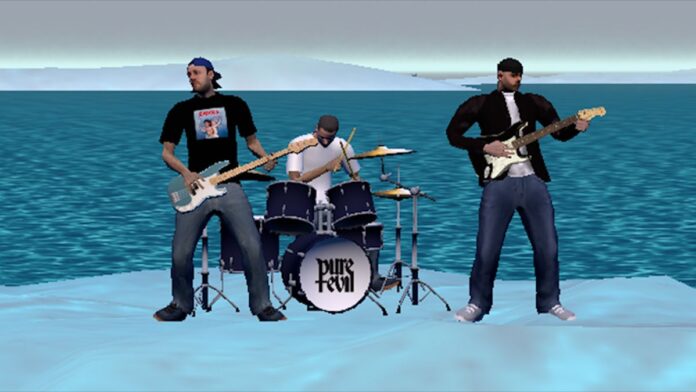 PUPPY have today revealed their latest music video, this time for current single ‘Glacial’. Directed and edited by Will Michael from the band, with all animation being created by friend and artist, Sam Bailey.

As the band explain, “This was our second collaboration with our good friend Sam Bailey, who also animated the title sequence for the ‘Arabella’ (from EP Vol II) video. Sam was really into the aesthetic of late 90’s computer game graphics and did an incredible job of animating the entire sequence we dreamed up to beautiful low poly perfection.”

“For this video we wanted to create something that felt like the end credit scene from a video game that never existed. Games of the early 3D era often had really ambitious ending sequences that served as a reward for completing the game, they usually ended with the message “Thanks for playing”, and since Glacial would be the last single to come off Pure Evil we thought it was an appropriate sentiment.”

PUPPY released their brand new album ‘Pure Evil’ earlier this month through Rude Records.
Following on from their debut ‘The Goat’ in 2019, ‘Pure Evil’ sees the band continue on their path of fusing metal riffs with ethereal melodies but this time taking complete control and self producing the whole record. It is an exceptional record filled with the kind of heaviosity usually reserved for bands many more albums deep.

‘Pure Evil’ has had a slew of singles that preceded its release, including the Radio 1 Rock Show premiered ‘Angel’ and ‘….and watched it glow’ (which also had its video premiered through Brooklyn Vegan), ‘Shame’ (which was premiered through Revolver Magazine) and the monstrous ‘The Kiss’ that saw radio support with Radio 1 (Dan Carter, Clara Amfo, Jack Saunders and Nels Hylton), Radio 2 Rock Show, 6music Iggy pop, Kerrang! Radio and more.

Live wise, the band are currently at the mid way point on their own UK headline tour, which includes the shows previously postponed from their December 2021 tour. Inhuman Nature are supporting on all dates with the added extra bonus of Zetra being now added to the London show at The Garage on May 31st. PUPPY have also recently been announced on this summers 2000trees Festival (via Kerrang! as part of this years ‘7 Days Of Trees’ roll out), at Outbreak Festival in Manchester at the end of June and on Bigfoot Festival in Bucks in June.

The full list of PUPPY May ‘Pure Evil’ headline dates are below.
Support from Inhuman Nature (Manchester-London)

MAY 2022
Thurs 26th May – The Deaf Institute, Manchester
Fri 27th May – Jericho Tavern, Oxford
Sat 28th May – The Joiners, Southampton
Mon 30th May – The Exchange, Bristol
Tues 31st May – The Garage, London (with Inhuman Nature & Zetra)