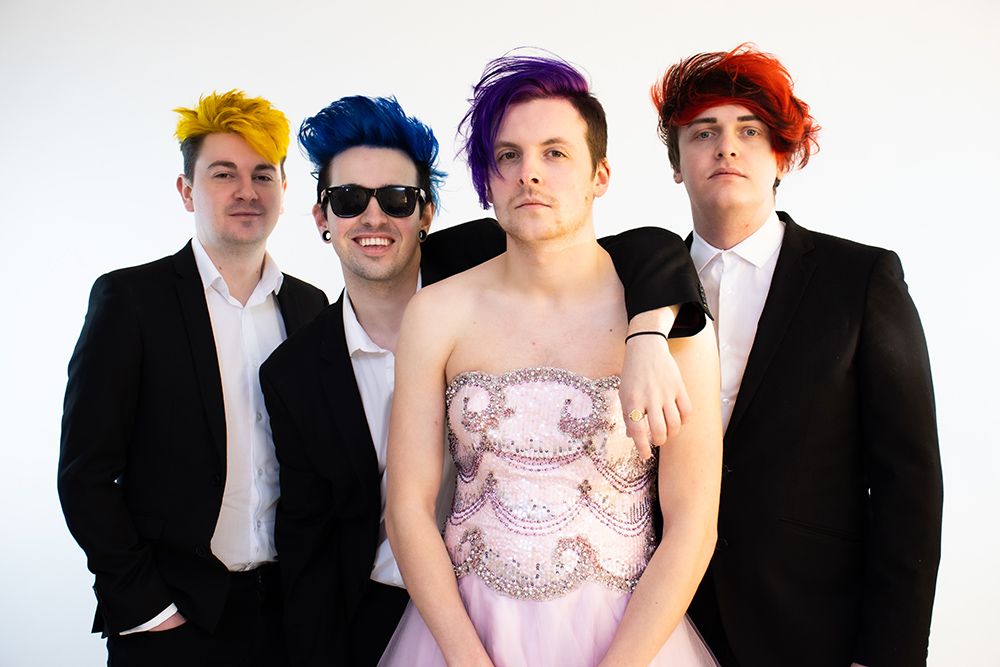 Glasgow’s Single by Sunday release their new single and video and announce details of ‘free ticket tour dates’ to catch them live!

The pop-rockers, who areoften referred to as the ‘Scottish 5 Seconds of Summer’ have just released their catchy new single Give It to Me Now, which has been achieving tonnes of radio airplay over the last few weeks.

Their style of melodic pop rock allows them to embrace their passion for including other musical styles and genres, e.g. synth pop, dance and even 80s Disco.

“We just like to explore music and don’t believe that genres should have boundaries.” – Josh.

On the video for Give It to Me Now:

“In terms of the classic ‘pop sound’, this is as commercial as we have ever been but as our sound evolves and we try new things, we just thought ‘well let have some more fun with the video. We’ve never used dancers before etc. We still think that the cheeky fun-loving things that we’re known for shine through but there’s a lesson to be learned; pillow fights, make sure that you have a good hoover on hand.’ – Simon.

Single by Sunday were formed in 2015, they cite the likes of Blink 182, The 1975 and My Chemical Romance as influences.

Known for their trademarked coloured hair, Single by Sunday combine their raucous guitars and energetic live shows with a millennial brashness whilst retaining some of the original mid-eighties pop punk attitudes.

Aside from the release of Give it to me Now, the band have also announced they are playing a string of live dates in the UK, and all standard tickets are free.

On playing free shows on these upcoming dates, the band say:

“It makes sense, and it feels right. We’re acknowledging that lots of people like our fans have had a rough 2020/2021, so we thought it would be nice if we could repay them for their support. The free shows were originally planned for 2020 but obviously they couldn’t happen so we’re just honouring what we had planned to do, even though last year there would only have been two free shows”. – Jonny.