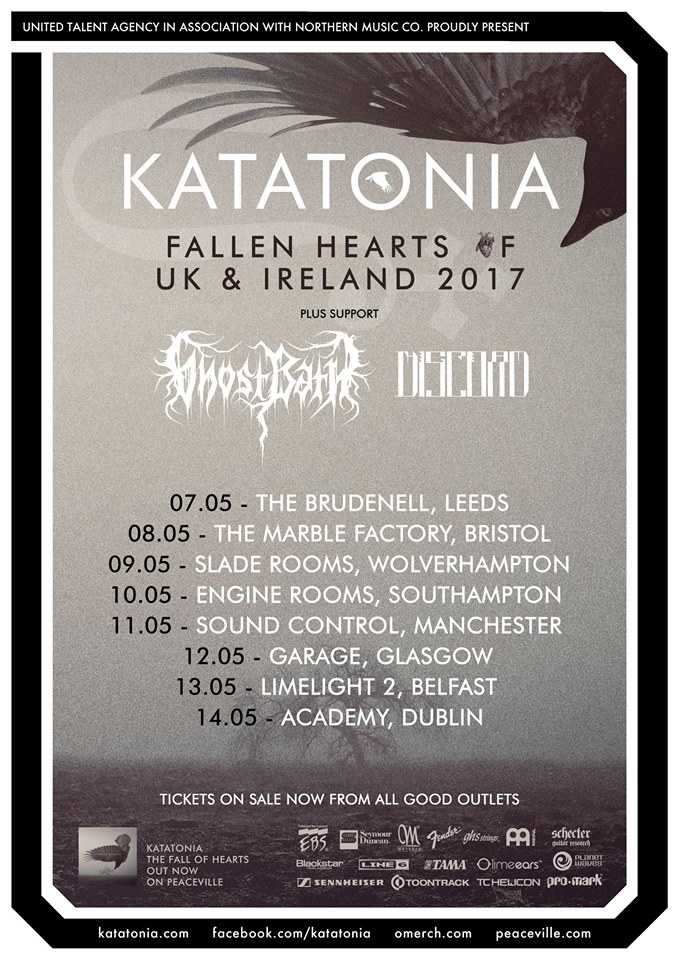 After making their exciting UK live debut main stage at Bloodstock Festival last summer, depressive black metal merchants GHOST BATH, have confirmed they will return to the UK and also visit Ireland this May with Swedish metallers KATATONIA.
Frontman Nameless commented: “We had a blast in the UK last year and have been itching to return since. It will be great to play for you all and show off some brand new material.”

Ghost Bath have just finished the recording of their upcoming new album with producer Josh Schroeder. Vocalist and mastermind Nameless, recently released the following statement regarding the as-of-yet-untitled-album’s musical direction:
“My own description of my approach for this album is better described in a quote I read recently in Herman Melville’s Moby Dick.
“To enjoy bodily warmth, some small part of you must be cold, for there is no quality in this world that is not what it is merely by contrast. Nothing exists in itself. If you flatter yourself that you are all over comfortable, and have been so a long time, then you cannot be said to be comfortable any more. For this reason a sleeping apartment should never be furnished with a fire, which is one of the luxurious discomforts of the rich. For the height of this sort of deliciousness is to have nothing but the blanket between you and your snugness and the cold of the outer air. Then there you lie like the one warm spark in the heart of an arctic crystal.
“Contrast is what creates stronger feeling and emotion in this album. A joyful ecstatic experience will further the potency of depression, drenched in the surrealism of the cosmos and afterlife.”

GHOST BATH began in October of 2013 with the release of their self-titled EP on Solitude Productions (China). This was followed by their debut LP titled, Funeral, which was released on Pest Productions (China) in June of 2014. Moonlover, their latest LP was released originally on Northern Silence Productions (Germany) and then re-released with a bonus track through Nuclear Blast Entertainment. The album was produced by Josh Schroeder and Nameless and mixed by Josh Schroeder.