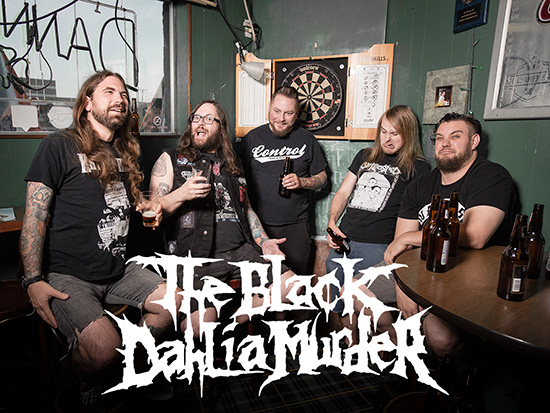 BDM kick off this week

The Black Dahlia Murder will kick off their European tour with Benighted at The Haunt in Brighton on January 14, 2015.

The Black Dahlia Murder and Benighted will also be joining forces with Abbath and Primordial at O2 Forum Kentish Town on Saturday 23rd January 2016!

The Black Dahlia Murder will still be playing their headline show with Benighted at The Underworld on Friday 22nd January 2016!”

The group’s first official music video for this album, “Receipt,” can be viewed now atmetalblade.com/tbdm (scroll down once on site). “Receipt” was directed by Robert Graves and produced by Marco De Molina for Veva Entertainment Co. (VEC).

THE BLACK DAHLIA MURDER will return to North America this fall to headline the Second part of IndieMerch Tour with Goatwhore, Iron Reagan, Entheos and Artificial Brain.. Look for them headlining across Europe/UK in Jan.