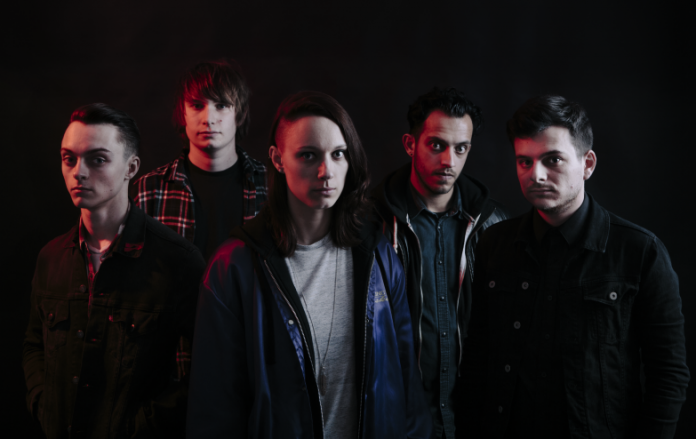 Punk rockers DRONES have revealed a lyric video for their single ‘Parasite’, the first material to feature the band’s new members Lois McDougall (vocals) and Tim Kramer (guitar). The track is also available as a free download via Lockjaw Records.

‘Parasite’ is a three minute burst of vibrant hooks, feisty vocals and decadent percussion – the beginning of the exciting new journey for the five piece. The DIY ethic important to the band who designed the single’s artwork; in true punk rock fashion the single was also recorded and produced by Kramer in his home studio.

Check out ‘Parasite’, which was premiered on Punktastic, here:

Drones will embark on a European headline tour later this week before they return to the UK for Camden Rocks Festival. The quintet have also been confirmed for the Roundhouse Punk Weekender, which takes place at the prestigious London venue in July.

Catch Drones at one of the following dates:

“We are stoked to announce the addition of Lois McDougall and Tim Kramer to the Dronesfamily. We have been busy in the studio writing and recording and Lois and Tim have really brought a new lease of life and a new dynamic to the band. We can’t wait to get on the road and introduce the world to the latest chapter in our story!”

Previously a four-piece, Drones saw the departure of their vocalist Daly George before they welcomed ex-Fallow Fields singer McDougall and Bayeux bassist Kramer.

“I’m so excited to be teaming up with Drones,” adds McDougall. “The music we’ve written already is such a release for me. The guys are all really talented, and I’m privileged to be a part of Drones’ future. We have some awesome shows coming up! I can’t wait to share what we’ve been working on with everyone, as well as busting out the previous releases with my own twist too.”

With an impressive live résumé – having already appeared at Download Festival and shared stages with Funeral For A Friend, Neck Deep, Gallows, H20 and Marmozetsas their old line-up – Drones have set their foundations and will continue to build up a solid reputation as they enter this new chapter.