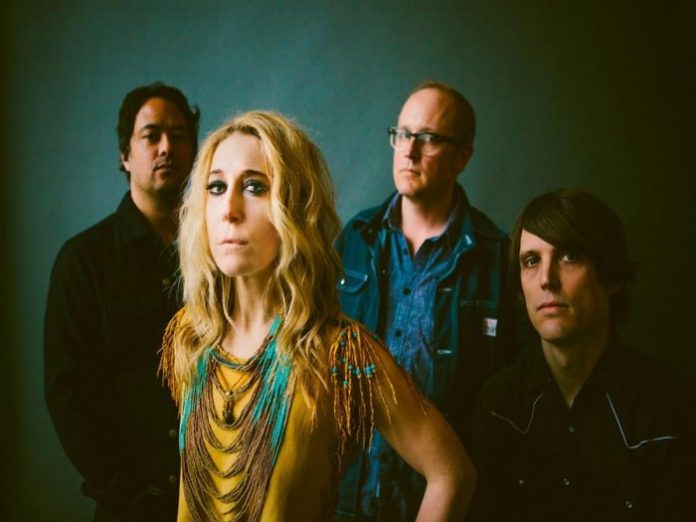 After a sold out show at London’s Borderline in September, Austin based Heartless Bastards have announced a welcome return to the capital in December as part of a short Euro tour.

The band have spent the past decade in motion, boldly pushing their unique brand of rock ‘n’ roll into new shapes over four acclaimed albums and nearly non-stop roadwork. Their latest studio recording, “Restless Ones”, the follow-up to 2012’s breakthrough “Arrow”, finds singer/songwriter Erika Wennerstrom exploring as-yet-unvisited avenues of sound and sensation, her bravery and ambition readily apparent in the emotional timbre and the sheer physicality of her songs.

“We took a lot of chances,” Wennerstrom says, “taking the sounds in different directions in order to grow. I don’t ever want to make the same album twice.”

“Restless Ones” was tracked in August 2014 during a 10-day session at El Paso’s renowned Sonic Ranch. Located on 2,300 acres of pecan orchards bordering the Rio Grande and Mexico, the studio – the largest residential recording complex in the world – provided the perfect setting, miles away from all real world responsibilities and thus able to fully invest themselves in the act of creation.

The sessions were marked by Heartless Bastards’ openness to the unfamiliar, allowing previously untapped influences – from The Byrds and Syd Barrett to the Faces and the Flaming Lips – to take root in their own distinctive blues-powered rock ‘n’ roll.
Rich with purpose, passion, and commanding musicianship, “Restless Ones” captures an idiosyncratic band exploring their craft and soul in an effort to reach a place that’s both true and transcendent. Heartless Bastards continue to drive their monumental music ever forward, towards hidden vistas and horizons still unseen.

Heartless Bastards also announced their interactive website experience around the new album at RestlessOnes.net where fans are able to share photos, videos and check out new music directly from the band.