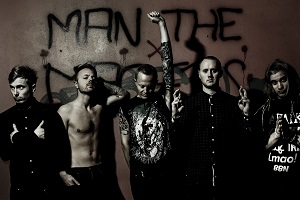 Man The Machetes release new one

Finally the brutal Man The Machetes release the first single titled “De Sier Nei!” of their upcoming album “Av Nag”, set to release on the 21st of August! Part of “HardFall”.

It’s been more than two years since their debut album “Idiokrati”, and their long awaited sophmore album is finally set to be released this August. The album is part of the cooperative triple release “Hardfall” presenting brutal, cold,  agressive  and northern hard core. Man the Machetes have definetly turned it up a notch since last time, and are harder than ever.