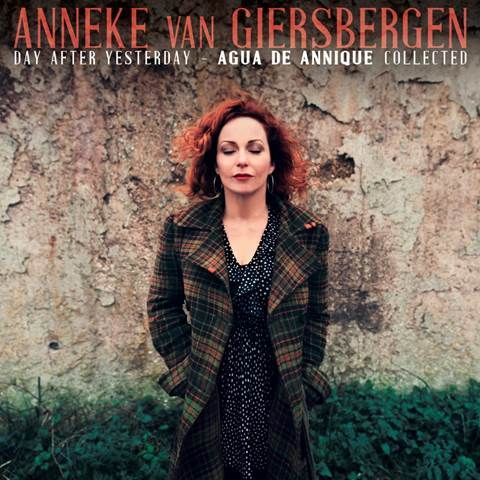 Anneke van Giersbergen is pleased to announce the release of ‘Day After Yesterday’ on the 15th June 2015, a 4CD box set collecting four Agua De Annique albums including ‘Air’ (including one bonus track), ‘Pure Air’, ‘In Your Room’ & ‘Live In Europe’. The release also features additional photos and artwork as well as extensive liner notes.

Check out the teaser for the release here:

Anneke had this to say: “When I started my solo career in 2007 I felt the sky was the limit. The 4 albums under the Agua de Annique tag mark a very important part of my career and my life in general. The freedom to explore various musical styles and forms was very exciting. It also gave me the opportunity to collaborate with many artist friends. I am very proud of this wonderful box set and I have been actively involved in this creation. It is beautifully designed and the additional pictures, lyrics and liner notes are the icing on the cake.”

There was a time when Dutch singer/songwriter/guitarist Anneke van Giersbergen was known first and foremost as the voice of goth/doom-turned-alternative rock band, The Gathering. Things have changed considerably since then, and Anneke now enjoys a career that continues to flourish as she strikes a precious balance between her past and the future. “Day After Yesterday – Agua de Annique Collected” showcases the four albums that acted as Anneke’s stepping stones from being the leading lady in an accomplished band to having a fully-fledged solo career.

Anneke initially gained recognition in the metal community, joining The Gathering in 1994 to record Mandylion, the band’s third album and ultimately their breakthrough. They rose to fame through their unique dynamic of heavy guitars coupled with crystal clear vocal melodies, becoming and remaining inspirational for future generations of metal fans to this day. During Anneke’s 13 year tenure The Gathering released eight albums, toured the world numerous times, and received Holland’s Edison and Live XS awards for their musical achievements. In 2007, however, Anneke made the brave decision to leave the band to pursue other interests, including launching a new project dubbed Agua de Annique. This year she released the debut album from The Gentle Storm, a new project which sees her once again collaborating with fellow Dutch musician Arjen Anthony Lucassen. Anneke is currently taking that music on the road with a specially put together band, which will see them touring for the rest of 2015.