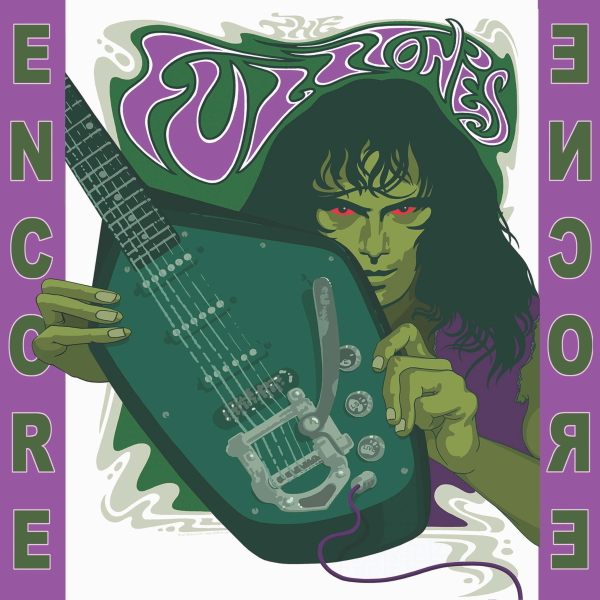 Who doesn’t love a good encore? The dramatic, exhilarating return to the stage after a brief respite. But, of course, as longtime veterans of both stage and studio The Fuzztones know, the best encores always announce themselves as such – no faux retirements or false farewells – just a short pause before offering up a little something extra to show appreciation to those fans who have stuck around for this long.

And so, The Fuzztones are proud to announce a new release called Encore, a collection of unreleased tracks packaged together as a way to say thank you to the Fuzztone faithful who have followed and supported the band through the years. The collection kicks off with an original track written by Fuzztones founder Rudi Protrudi, the groovy rocker “Barking Up The Wrong Tree.” With a fuzzed out guitar lick backed with vintage organ, the track is everything there is to love about The Fuzztones and is released today on all digital platforms.

The remainder of Encore consists of cover versions of obscure gems such as “Land Of Nod” by Rare Earth, “Plastic People” by late ’60s psych rockers The Wildwood, and others. It also features special guest appearances by Steve Mackay of The Stooges and Wally Waller of The Pretty Things. Encore will be released on all formats including CD and vinyl starting April 22!

Previous article
EXERCISE THE DEMONS
Next article
BAND OF THE DAY: FUZZ MEADOWS