Get Hammered With Head 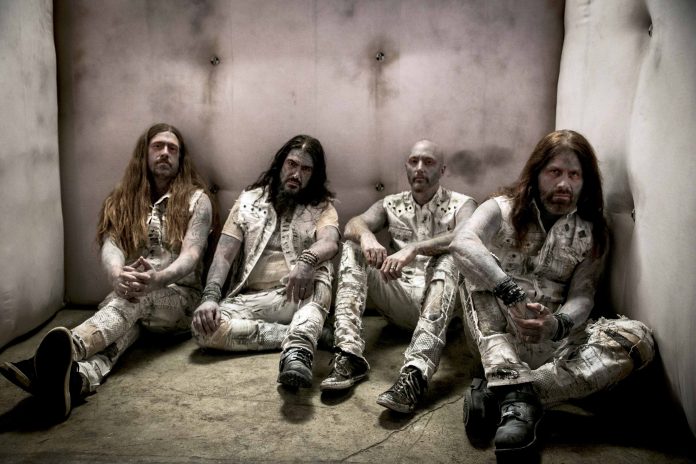 The collection is available in an array of formats, including a CD/DVD digipak which includes full concert footage of the band’s 2015 show at San Francisco’s Regency Ballroom.  Today the band have revealed a second live video clip from that 21-track DVD footage.  Check out ‘Ten Ton Hammer’ over at

Click through to pre-order various album options, including coloured/picture disc vinyl and a super-collectable deluxe box set.  Check out all the formats at http://nuclearblast.com/mh-catharsis.

A full-throttle rollercoaster through every facet of MACHINE HEAD‘s increasingly diverse sound, ‘Catharsis’ looks to be one of 2018’s most acclaimed metal records.  The album was produced by Robb Flynn and recorded, mixed, and co-produced by Zack Ohren (Fallujah, All Shall Perish) at Sharkbite Studios in Oakland, CA.  Mastering was handled by Ted Jensen (Hatebreed, Alice In Chains, Deftones) at Sterling Sound, New York, NY.

MACHINE HEAD have announced the UK leg of their ‘Catharsis’ World Tour for May 2018.  As per MACHINE HEAD‘s modus operandi in recent years, the dates will be in an ‘Evening With…’ format, featuring 2.5-3hrs of MACHINE HEAD every night with no support bands.  Don’t expect to see MACHINE HEAD at any festivals in 2018 either.  These shows will be your only opportunity to see the band live in the UK next year.  Tickets are on sale now from https://www.livenation.co.uk/artist/machine-head-tickets.  A second Manchester show was added today due to increased demand.

The band begin the North American leg of the ‘Catharsis’ World Tour on 25th January 2018 in Phoenix, AZ, wrapping up in Seattle, WA on 7th March.

For more info on MACHINE HEAD point your mouse at either www.machinehead1.com or www.facebook.com/machinehead.