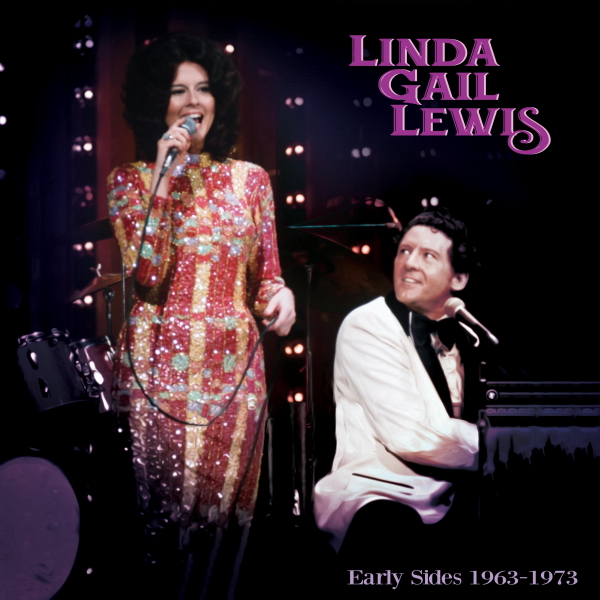 At a time when most female artists were content with crooning sappy love songs for mainstream audiences, vocalist and pianist Linda Gail Lewis was following her own muse, singing rowdy and rousing versions of early rock classics like “C.C. Rider,” “Jim Dandy” and “Baby (You’ve Got What It Takes).” The latter track might hint at what drove Lewis to blaze her own musical path as it is a duet with Lewis’s brother, well-known raconteur and rabble rouser Jerry Lee Lewis. Lewis would go on to record several times with her brother but also branched out to record several solo albums throughout the years as well as a 2000 album with Van Morrison and, more recently, has appeared on albums by Robert Gordon and Ann-Margret!

But it’s Gail’s early tracks that truly showcase her historic importance as a pioneer of rockabilly music, and these tracks have now been collected on a brand-new compilation, entitled Early Sides 1963-1973, giving fans of vintage rock and rockabilly a chance to discover her unique talents. The audio has been completely remastered by guitar icon Danny B. Harvey who had this to say about the collection “It’s a well-known fact that from 1961 until the late ’70s, Linda Gail Lewis sang and stood beside her big brother Jerry Lee Lewis, both onstage and in the studio. Not as well-known is during that time she also managed to record her own amazing solo singles in Memphis, Nashville and LA with legendary musicians & producers like Scotty Moore, Jerry Reed, Harold Bradley, Reggie Young & of course her brother backing her.”

Check out the collection’s lead-off track, a fantastic version of “C.C. Rider!”