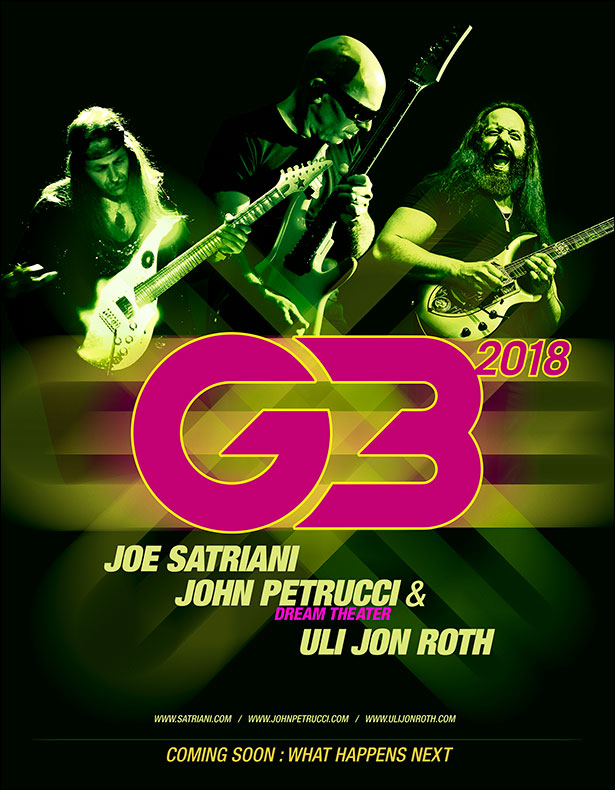 World-renowned guitar virtuoso Joe Satriani’s G3 2018 UK Tour with Dream Theater’s John Petrucci and the former Scorpions guitarist Uli Jon Roth will kick off in the UK at the Southend Cliffs Pavilion on Tuesday 24th April and will continue on to London, Bristol, Manchester, Portsmouth and Birmingham.

Each of the three incredible guitarists will perform their own set, followed by a massive jam at the end of the show. Fans will have the chance to meet Joe, John and Uli when purchasing one of the VIP Meet & Greet Packages available at all shows.

“I could say that I’m surprised at the durability of G3 and how much it’s grown, but in a way I’m not,” Satriani says with a laugh, “I think part of its charm and its mojo is in the chemistry of having three top guitarists share what they do on stage. It’s fun, it’s unpredictable, it’s wild – it’s everything you could want in a show.”

Joe Satriani released his 16th solo album, What Happens Next, in January 2018 via Sony/Legacy Recordings.