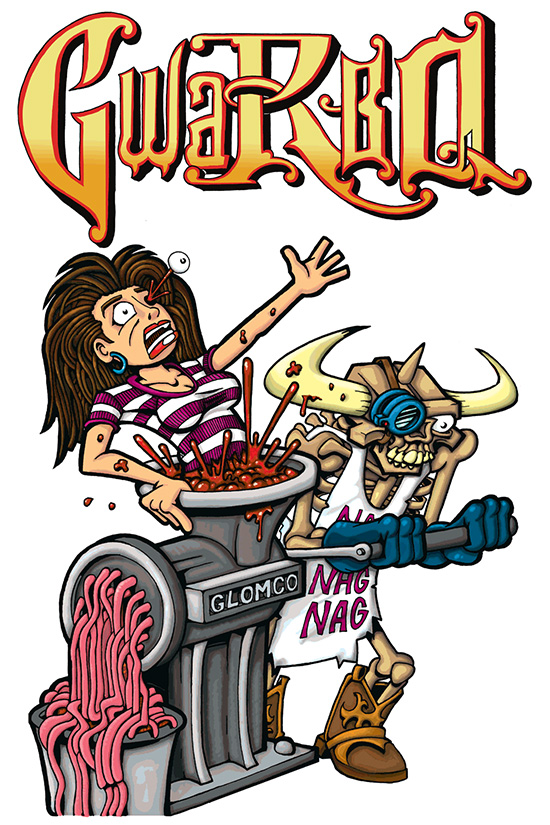 Come celebrate GWAR‘s 30th year of conquest on this shit-hole planet at the most ear-bursting, bone-crushing, mouth-watering, belly-bursting, beer-guzzling, nut-bustingest party of this or any summer! The date is set for the 6th Annual GWAR B-Q: Saturday, August 15 at Hadad’s Lake (7900 Osborne Turnpike Richmond, VA 23231).

This amazing milestone in GWAR‘s torrid history – 30 fucking years! – demands more than just a one-day party. The Scumdogs have set forth a slew of satellite events to be held across Richmond over the three-day weekend of August 14th through 16th. GWAR fans will be busier and more fulfilled than during any time in their miserable existence!

Today, the official commercial for this year’s GWAR B-Q has been released. It can be found here:

Watch it, worship your lords and masters GWAR, share it, then watch it again!

In other GWAR news, your Lords and Masters will be travelling back in time to commemorate the 20th Anniversary of the film Empire Records, in which they had a starring role. GWAR will make an appearance during the anniversary Celebration in Brooklyn, NY April 8th – 10th. More details on GWAR‘s invasion of Brooklyn, NY can be seen HERE.

Finally March 23rd marked a sad anniversary in the GWAR family, as it was the one year anniversary of founding member Dave Brockie’s (Oderus Urungus) final journey to Valhalla. We celebrate him on this day as we celebrate and worship him every day. Hail Oderus!